A Barrel Of Laughs 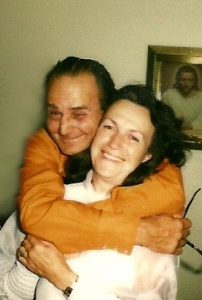 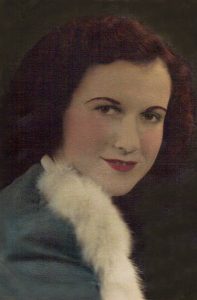 We always loved having my Aunt Ruth and Uncle Jim Wolfe come to town for visits. They were funl-oving people who always kept things lively and kept us laughing. They usually came with their three kids, Shirley Cameron, Larry Wolfe (who passed away in 1976), and Terry Wolfe. Sometimes they came with friends of Larry and Terrys, or with Shirley’s husband Wayne “Shorty” Cameron, Tonnya Cameron, and Larry Cameron. When the kids were there, it was especially fun. The boys were rowdy and rambunctious. And while there war no way my sisters and I could have “taken” them, that didn’t stop us from trying, or them from pretending that we might win the battle. The boys “style” was exactly the same as Aunt Ruth’s. The whole family was a barrel of laughs, and I miss those who have gone home to Heaven very much.

Aunt Ruth was a talented musician, and could play any instrument she picked up. That was a favorite memory of her daughter Shirley’s. She loved that her mom was talented both in music and in art. I really never had any idea that Aunt Ruth was so talented until we visited Shirley and Shorty when her dad, Uncle Jim passed away. Shirley showed us some of the paintings she had done. Unfortunately, many of Aunt Ruth’s things were lost in a fire that claimed the home she had shared with Uncle Jim. Aunt Ruth had passed away by then, but Uncle Jim stilled lived there, next door to their daughter Shirley and her family. The fire was the point when it became clear that Uncle Jim, who had Alzheimer’s disease by this time, would have to move to a nursing home. It was a sad time for all, because of the lost pictures, paintings, instruments, and most of all, because Shirley could no longer see her dad ever day, because it was just too far to the nursing home where he now lived. Aunt Ruth was also a talented equestrienne, and raced her horses often. 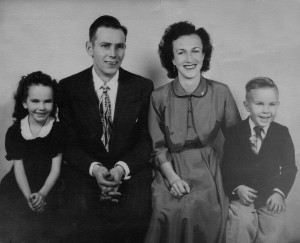 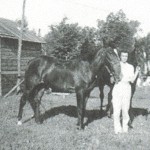 Aunt Ruth passed away at the very early age of just 66 years. She had cancer, and it was a fast-growing type. She found out about it, and before we all could think twice, she was gone. That was such a sad time, and we all miss her very much. Aunt Ruth passed away on May 11, 1992. It is so hard to believe that it has been that long ago. Today would have been Aunt Ruth’s 96th birthday. Happy birthday in Heaven Aunt Ruth. We love and miss you very much.