Into A Better Life 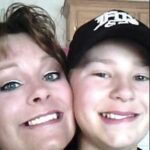 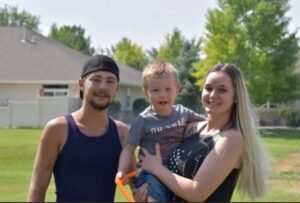 My nephew, Riley Birky has had a rough year, as has his whole family. The 2020 year began with the loss of his mom, Rachel Schulenberg, to a stroke. Rachel’s loss has changed Riley in many ways. Like most teenagers, Riley has gone through his share of wild times, but now he wants to make his mom proud of him. Now, he is on the other side of that old life, and moving forward into a better life. That said, Riley has been spending the last year really getting his life together, and really making a fresh start. Every day finds Riley trying to become a better person. He wants to be a and upstanding citizen, who is working for society. Every kid makes mistakes, and Riley is trying to make up for his.

Riley is really moving into adulthood in a big way. He has been with his girlfriend, Sierah Martin for over a year now, and he is working hard to make a good home for her and her son, Jace. Riley is working hard to being a good father figure for Jace. Riley working full-time to help support them, and often takes on odd jobs to give them a better life. He has also been being a good uncle to his nephew, Lucas and niece, Zoey, babysitting all the kids at his sister, Cassie Franklin’s house. Riley really enjoys time with his family. They play video games like Spyro the dragon. And, they share precious family times together. He has also been enjoying his dog, Nala, who came from his sister, Cassie’s dogs, Buddy and Maya. As we all know, a dog is man’s best friend.

Riley is pretty handy, so in his spare time he’s been helping his friend renovate their camper. Most renovation

jobs take more than one person, and a camper is no different. I’m sure his friend really appreciates the help Riley has been giving. A great friend aids a friend in need, and that is what Riley is…a great friend.

Riley definitely misses his mom, but I know without a doubt that she would be so very proud of him. I can’t take away the pain of missing her, Riley, but I promise you…she is very proud of the man you have become. Today is Riley’s 21st birthday. Happy birthday Riley!! Have a great day!! We love you!!