Two Wreaths Over The Seas

When we think about the enemies of war, we usually think of two nations that unequivocally hate each other. It is thought that every member of teach nation totally hates every member of the other, but that is not even logical. It doesn’t matter what nation you are talking about, the people of those nations are thoughts to hate each other, and many of them do, but nt all of them do. Not everyone loved war, and not everyone loves killing.

World War II was the deadliest wars in world history. It seemed that everyone hated everyone else, or at least that those from the one side (the Allied Powers) hated the other (the Axis of Evil). That wasn’t true either. The leaders probably hated each other, but the people of the nations were caught in the middle of the hatred of their leaders. Many of the people, civilians and military alike were family people, they had a love of others. Many of the people who fought in World War II had no idea of the horrors that were taking place. When they finally found out about it, they were absolutely horrified.

Still, those who fought in the war, knew some of the casualties of the war. A fighter pilot can’t fly over an expanse of an ocean battlefield and not see the losses taking place. For a fighter pilot or a bomber crew, it was not only possible to see the devastation, but they could also imagine what was going on below them as ships sink so quickly that the men onboard cannot escape. To add to the horror, the fact that these ships were his by torpedoes, bombs from the planes, bullets from the planes, and the planes themselves brought the added horror of fire and burning bodies. If a pilot let himself think about it, I think it would be possible to become physically ill at the thought of the horrors going on below them.

One fighter pilot felt that very deeply. During a sea battle in the Pacific Ocean in December 1940, two Royal Navy ships, the HMS Prince of Wales and the HMS Repulse were sunk by Japanese fighters. The scene must have been horrific for the pilots above, whether they were British or Japanese, they knew that men were dying horrific deaths below them. The loss of life so impacted on Japanese fighter pilot that he came back to the spot 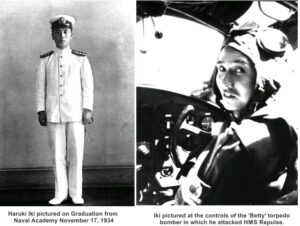 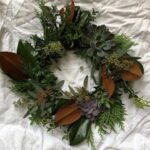 the next day and dropped two wreaths on the water. His action was to commemorate the dead from both sides during WWII. Japanese Flight Lieutenant Haruki Iki flew to the location of the battle and dropped the two wreaths over the seas. It was a simple act, but it was also a profound act. It showed that while the nations were enemies, the people of the nations were not necessarily enemies too. It also showed that even enemies can have compassion on the other side. War is not all about hate, it is also about being caught in the middle, with no way out but to fight.