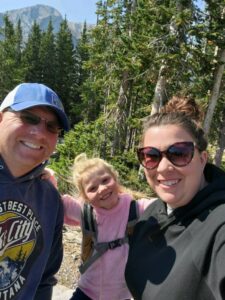 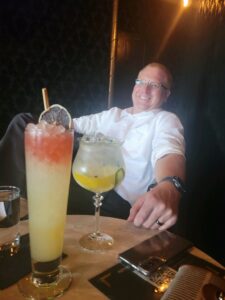 After making a move from Casper, Wyoming to Cheyenne, Wyoming on June 5th, my nephew, Jason Sawdon is settling into his new job and promotion, and great hours for a family man, with the Wyoming Highway Patrol. Jason has had a long and successful career with the WHP, and this promotion to Sergeant of Equipment and Technology, is the next step in his decorated career. Jason’s job is to coordinate and test the equipment to make sure it is safe and effective for use in the WHP. He is so well respected and such a help to all who need him, which is no surprise considering his helpful nature. With the promotion comes a great schedule for a family man, with a wife who works from home. Jason now has evenings, weekends, and holidays off, so he and his girls…my niece, Jessi and their daughter, Adelaide, as well as, their dog, Daisy, have been busy exploring the Cheyenne area when they aren’t doing some DIY projects on their home.

Having weekends and holidays off has given the family lots of time for trips, so this summer, they have visited Laramie, Michigan, Denver, Casper, the Snowy Range, Medicine Bow National Forest, and Guernsey State Park. It has also been fun for them to explore their new area and Jason has had a blast doing it. The summer has 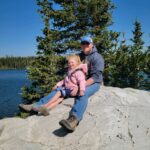 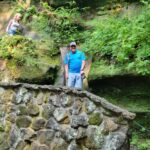 flown by, and they have been so busy that they didn’t get to go camping as much as they would have liked, but they are going camping this weekend, so that will be fun.

My niece, Kellie Hadlock, Jessi’s sister tells me that Jason is the most helpful person on the planet! He can fix anything. It’s always nice to have a handyman around the house. Jason is a good cook too, even if he made the hottest tacos on the planet…totally by accident, of course, the last time Kellie visited them. Hot is a relative concept, because there are those of us who believe that it isn’t hot enough, unless it makes your lips numb and your nose run…me included. I suppose there could be a level called “too hot,” but I really can’t say I have found that yet, but then I haven’t tried every pepper. Maybe someday.

Jason is a very hands on dad, often helping daughter, Addi build things and learn new things. Addi just adores her daddy. Recently, the Sawdon and Hadlock families got the chance to go to an air show at the Cheyenne 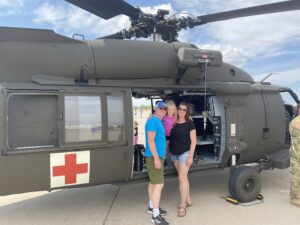 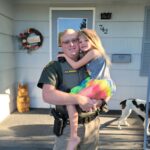 Regional Airport, and then they got to tour the vintage World War II planes there, as well as the more modern helicopters. They had a wonderful time going through them since my dad, Jessi’s grandpa, Al Spencer served as top turret gunner on a B-17, based in Great Ashfield, Suffolk, England during the war. Going through those planes is always a sentimental journey for our family. Now, the next generation will get to love it too. Today is Jason’s birthday. Happy birthday Jason!! Have a great day!! We love you!!

One Response to The Next Step