A Couple Of Projects 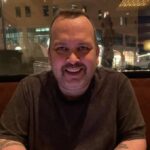 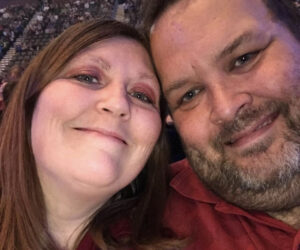 My son-in-law, Kevin Petersen is slowly working on a couple of projects. His health issues make it difficult, but he does his best to push through it. He has a van that he is converting into a camper, because he and my daughter, Corrie Petersen love to go camping, especially on Casper Mountain, near their home here in the Casper area. To do that, they don’t need much really, just a bed and a few other necessities. They love sitting around a campfire and listening to the peaceful sounds of nature as only camping can supply.

Kevin also has a Cyclone that his dad gave him, and he has been working on restoring it when he feels up to it. It gives him someplace to go while my daughter is studying for her nursing school classes. That project is a particular treasure of his, because it belonged to his dad, Dean Petersen, and his dad loves to see the progress Kevin is making on the old car.

While Kevin and Corrie’s boys, Chris and Josh Petersen are both very busy people, they try to make time for their parents as much as possible. With all the studying Corrie has to do, Kevin is often the recipient of the time the boys have. With his parents retired, Kevin is able to spend time with his dad and his mom, Becky Skelton. I know that has been a blessing to both of his parents. They often run errands together, as well as just sitting and talking. Kevin and Corrie also love being grandparents, and time with granddaughter, Cambree (3 years old) and grandson, Caysen (9 months old) is absolutely precious.

Kevin is such a great support “team,” for lack of a better word, since a team indicates more than one person, for Corrie as she continues her nursing studies, and also works as a cna at Wyoming Medical Center. Kevin does all the cooking and much of the other household chores, so Corrie can focus on her studies, and that has been a huge help to her. While the chores are difficult for Kevin, he know that every effort he puts forth takes some of the load off of Corrie, and that she will be forever grateful, as am I. Nursing School is probably the hardest thing Corrie, or any other nursing student has ever done, and it doesn’t leave much time for household chores

or cooking. Plus, Kevin is an awesome cook, so Corrie has benefitted from his nutritious meals. And she is grateful to him for taking such good care of her. Today is Kevin’s 50th birthday. Happy birthday Kevin!! Have a great day!! We love you!!