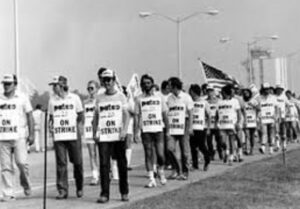 There are some jobs from which people really cannot strike. To many lives are at stake. One such job is that of air-traffic controllers, nevertheless, on August 3, 1981, almost 13,000 air-traffic controllers went on strike after negotiations with the federal government designed to raise air-traffic controller pay and shorten their workweek failed. In the complaint, the controllers sited difficult working conditions and a lack of recognition of the pressures they face as major issues they were facing. When the strike began, some 7,000 flights across the country, had to be canceled. It was a major disaster in the United States. Air travel was a vital part of American life.

President Reagan immediately called the strike illegal and stated that he 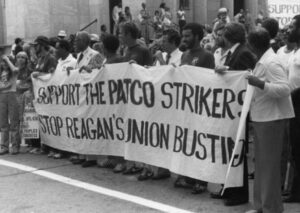 would fire any controller who had not returned to work within 48 hours. Robert Poli who was the president of the Professional Air-Traffic Controllers Association (PATCO) at that time, was found in contempt by a federal judge and ordered to pay $1,000 a day in fines. The air-traffic controllers still had not returned to work on August 5, 1981, so President Ronald Reagan began firing 11,359 air-traffic controllers striking in violation of his order for them to return to work. The executive action was regarded as extreme by many and significantly slowed air travel for months. Nevertheless, President Reagan did what he needed to do. There are certain occupations that require continued, loyal work, even during a dispute.
.
An angry President Reagan carried out his threat that August day, and the federal government began firing the 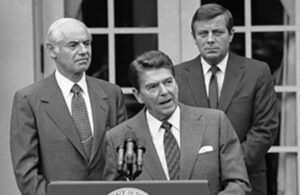