The Car Of His Dreams 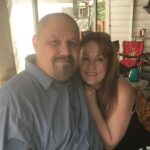 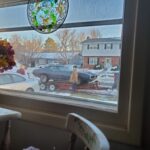 My nephew, Dave Balcerzak absolutely loves his hot rod. It must be a guy thing…well, ok girls like hot cars too. Anyway, Dave loves his hot rod, which is the muscle car he has dreamed of since he got his driver’s license. Personally, I don’t think Dave thought he would ever get such a car. Then to make matters worse, Dave is a trained computer programmer, not a mechanic, so working on such a car…well, it’s not really in his wheelhouse. Nevertheless, this story does have a happy ending, because dreams really do come true.

A few years back, when they were living on Coffman Avenue in Casper, Wyoming, Dave came home and told my niece, Chantel Balcerzak, his wife that he had found the car of his dreams, and begged her to come and see it. They didn’t have the money for a new car, but Chantel went with him. The car wasn’t far away…parked just a block over and down from their house. When Chantel saw the car she thought, “Are you kidding? It’s junk!!” Nevertheless, she kindly did the “Maybe someday, Honey” speech. I have a feeling Dave saw right through that and with a sinking feeling, saw his dream car sinking into the abyss. Dave and Chantel lived on Coffman for 4 years and Dave drove out of his way, at least every other day just to look at that car and mentioned it often. Finally, I asked him if he had ever asked the owner if they were even interested in selling, but he said he would when they had the money. 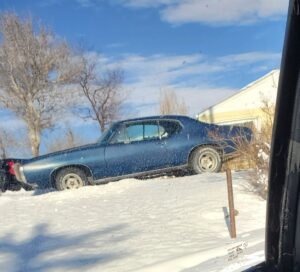 Five years and two houses later, Chantel decided, to go and ask the man if he wanted to sell. She tells me that she can’t remember the occasion, but remembers thinking it would make the perfect gift. The car was gone, and now it was Chantel who had a sinking feeling. She told Dave and he, rather “dramatically” told her that he was “giving up then!! That was the only one that he wanted!!” Dave didn’t mention the car again, but he did try finding one that might be close…even though he was “giving up” on the whole dream car idea. Unfortunately, every car he looked at was never “right.”

Chantel decided to take a different approach, because she really wanted to make her husband happy. So, she asked the Lord to make it available somehow and then pretty much forgot it. About six months after “giving up,” Chantel was driving to her mom, my sister, Cheryl Masterson’s house. To get there Chantel always take the road past Highland Cemetery, through the light, and up the hill. As she was heading up the hill, there it was!! And incredibly, with a for sale sign!! Chantel pulled over and called the number listed. For an absolute steal, she bought the car for Dave for Christmas. Oh, and it ran!! Chantel was definitely impressed with that part!! The car is a 1967 or 1968 Pontiac Lemans. Funny that she bought it, and still doesn’t know the year!! 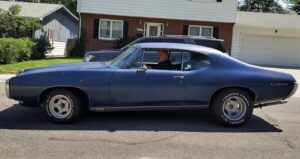 Hahahaha!! Chantel is not a car girl, that’s for sure!! As I said, Dave never really trained as a mechanic, so apparently he spends more time cussing it than driving it, but he still says it’s “his favorite” next to Chantel, of course. Chantel says that he has to say that to her, but I think it’s the truth, because Dave has loved Chantel since they were kids. Today is Dave’s birthday. Happy birthday Dave!! Have a great day!! We love you!!