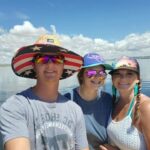 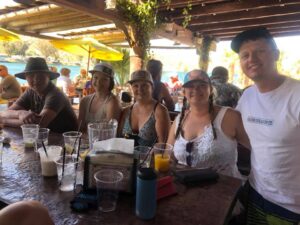 My nephew, Sean Mortensen was probably hoping his daughter, Jadyn would be born on his birthday, but she came a day early. That hasn’t really changed their relationship, however. They are very close and they, along with Jadyn’s mom, Amanda Reed are a wonderful family, who love doing just about everything together. Sean loves Seminoe Reservoir, and in the summer months, they are out there at their mobile home almost every weekend. They love getting together with friends to go boating, swimming, and well, partying. They look forward to Summer with great anticipation, but then they also look forward to Winter with great anticipation, because they are truly four-season people.

Sean loves all the toys…boats, snowmobiles, 4-wheelers, motorcycles, and of course, his vehicles. People can’t really thrive without vehicles anymore. And his vehicles are his “babies,” but not like his true toys. Sean was featured on the Team Timbersled Tour Episode 1, as was his daughter Jadyn. I have no doubt that they will both be featured in videos again in the future. They might even do their own videos, and with their talents, they could go viral. While his partner, Amanda Reed hasn’t been in the videos yet, I wouldn’t be surprised to see her there too.

Sean loves his girls very much. They are his life. Theirs is a close family and they do almost everything together. It’s always great when a family is all wanting to go in the same directions. Even as Jadyn was little, she was into everything they were. Of course, that is because, Sean and Amanda never left her out of things because she was “too little.” She was their girl, and they wanted her to be with them. That has paid off in the greatest ways. Jadyn is an excellent athlete, and loves all kinds of weather, and the sports that go with them. Sean is a great dad, and partner. Jadyn and Amanda feel very blessed to have him in their lives. 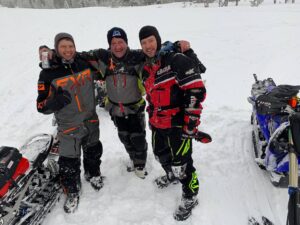 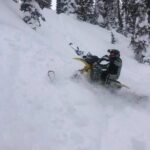 Sean works hard to take care of his family. He works at the Sinclair Refinery, which is a hard job, but that isn’t the end of things, because Sean is always taking care of and making improvements to the home he and Amanda bought a few years ago in Rawlins. And if he isn’t working on the job or house, he is in the garage working on the family vehicles. Maintenance is important, and Sean takes his responsibilities seriously. He is a good man, and a blessing to his family. Today is Sean’s birthday. Happy birthday Sean!! Have a great day!! We love you!!