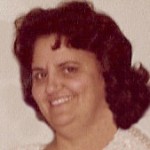 My Aunt Dixie has always had a creative side to her, and over the years many of us have enjoyed the cool things she made. The family Christmas parties were always very cool the years the Aunt Dixie’s family were in charge of them. Of course, all the families planned great Christmas parties, and I think several of the sisters thought of Christmas as their favorite holiday, as do I. Nevertheless, I don’t have the creative mind that Aunt Dixie does, so most of my decorating ideas are simplistic or copied from what I have seen others do, but Aunt Dixie could really plan a party.

Aunt Dixie has always been a caring person. She helped her in-laws during times when they needed help. She has a great capacity for compassion. When her parents, my grandparents, George and Hattie Byer needed help, Aunt Dixie was there for them, along with several of her siblings. Being a caregiver is not an easy job, even if the patient doesn’t need a lot of help. Helping others…being there for others, is never an easy thing to do. Having done that for a number of years myself, I know that it is both exhausting and rewarding, but it is more about love. Whether you knew the person prior to caring for them or not, you often grow to love them, mostly because, caregiving is all about loving…that and wanting to give someone a better life.

Aunt Dixie has lived in the country for as much of her life as I can remember. She raised chickens, and probably some others animals too, but I remember the chickens, because my moms, Collene Spencer was given a baby chick by one of the kids, and while my mom wanted to raise it and have eggs, it turned out to be a rooster. Mom wanted a hen so bad, that for a time she insisted it was a hen, until it started crowing, that is. Then, she could no longer deny the facts. She knew she couldn’t keep it any longer. She talked to her sister, who agreed 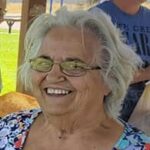 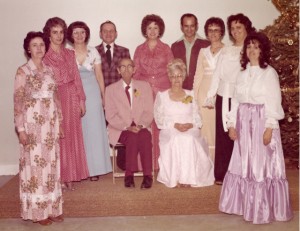 to take the rooster. Mom had hoped and always told herself that “Queenie” the rooster, who should have been a hen, went on to live a wonderful and very long live at Aunt Dixie’s henhouse, but I think she always knew, deep down, that “Queenie” actually made a great chick and noodle dish at the Richards’ table later that year. It was something the sisters never talked about, but both knew about. It was always an unspoken understanding between the sisters. Today is Aunt Dixie’s birthday. Happy birthday Aunt Dixie!! Have a great day!! We love you!!