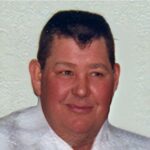 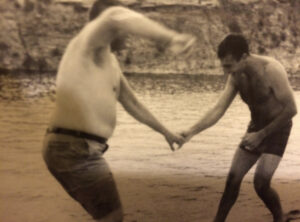 My Uncle Elmer Johnson, was a character. From what I’ve seen of men from that era, my dad, Al Spencer and his brother, Bill included, thee pranks Uncle Elmer and his brother, Les played were…a bit different from what we played as kids. The boys from their era might make their dad think they were going to run the outhouse over with a tractor, assuming no one knew that he was inside. Of course, they would be in trouble when he came running out with his pants down, in an effort to save his own life. Kids back then, living on a farm, thought nothing of driving a tractor or using dynamite, and there is no end to the ideas they might come up with to play a prank on someone with such items. While Uncle Elmer and his brothers were prone to pranks, it didn’t make them bad kids…just typical mischievous kids…especially in that era.

Uncle Elmer loved holidays. My cousin, Elmer…his dad’s namesake, tells me that his dad literally spoiled the family at Christmas, which was his favorite holiday. I can understand that. Don’t we all wish we had the money to spoil our kids to the max at Christmas. There are so many cool new things out, every year, and you want to give your kids that latest toy or gadget. Every year, someone invents some new cool item, an every kid wants one. It would be awesome to be able to give your kid every great new thing they wanted, and I know that Uncle Elmer wanted to do just that.

Uncle Elmer loved his Harley Davidson motorcycle, and he and his brother “terrorized” the cops in Evansville, 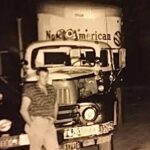 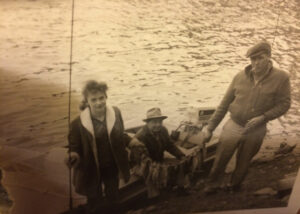 racing around, and if I guess right, getting multiple speeding tickets for it. They didn’t worry too much about that, because as we all know, motorcycles are meant to go fast. Uncle Elmer and his brothers, Les and Tom, loved their machines…of any kind. Uncle Elmer drove semi-trucks for many years. He loved the open road, a trait that fit well into his past of tractors, motorcycles, and trucks. Today would have been Uncle Elmer’s 88th birthday. Happy birthday in Heaven, Uncle Elmer. We love and miss you very much.