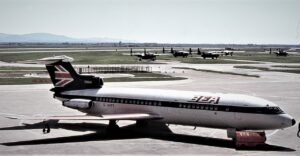 On June 18, 1972, a Trident jetliner in perfect condition, crashed into the outskirts of the town of Staines, Surrey, England, after takeoff from Heathrow Airport in London, killing 118 people. The crash became known as the Staines air disaster. How could this happen? There was nothing wrong with the airplane. It was not shot down. It was not a terrorist attack or a hijacking and the official cause of the accident remains unknown. Nevertheless, something happened. The aircraft went into a deep stall in the third minute of its flight and crashed to the ground, narrowly missing a busy main road. The public inquiry principally blamed the captain for failing to maintain airspeed and configure the high-lift devices correctly. It also cited the captain’s heart condition and the limited experience of the co-pilot, while noting an unspecified “technical problem” that the crew apparently resolved before take-off.

The summer of 1972 brought with it, serious problems facing the air-travel industry. Pilots were threatening to strike any day due to lack of security. Hijackings were becoming more common every day, and pilots were often the target of the attacks during a hijacking, so they were feeling particularly vulnerable. Nevertheless, none of the feared causes seemed to be the reason for the crash.

Everything was running smoothly that day at Heathrow Airport outside of London. British European Airways morning flight number 548 to Brussels was full and weather conditions were perfect. The Trident 1 jet took off with no incident, then just after its wheels retracted, it began simply falling from the sky. On impact the plane split and an intense fireball from the plane’s fully loaded fuel supply exploded, scattering the fuselage and passengers. Of the 118 passengers and crew members on board, only two were pulled from the wreckage alive. Both of these died a short time later.

After a thorough investigation failed to produce any clear reason for the crash, or any real reason at all, the investigators were left with speculation. The investigators’ best guess concerning the cause of the crash was that the jet was either carrying too much weight or that the weight was improperly distributed and the plane could not handle the stress. The only possible clue to the probable cause of the crash happened at 3:36pm, when flight dispatcher J Coleman presented the load sheet to Captain Stanley Key whose request for engine 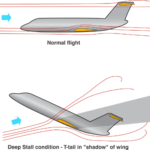 start clearance was granted three minutes later. Then, as the doors were about to close, Coleman asked Key to accommodate a BEA flight crew that had to collect a Merchantman aircraft from Brussels. The request was granted, but the additional weight of the three crew members necessitated the removal of a quantity of mail and freight from the Trident to ensure its total weight (less fuel) did not exceed the permitted maximum of 91,998 pounds. This was exceeded by 53 pounds, but as there had been considerable fuel burn-off between startup and takeoff, the total aircraft weight (including fuel) was within the maximum permitted take-off weight. So they assumed that everything was fine. There is still no confirmation that overloading was the problem, but it is the only thing that was questionable, and whatever the cause, it cost 118 people their lives that day.