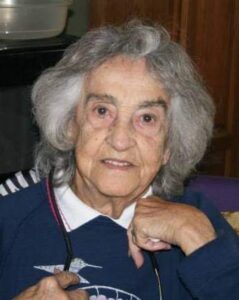 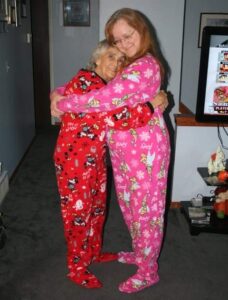 My aunt, Virginia Beadle spent time out in nature with her family as a child when her dad, my grandpa, George Byer took the family out rock hunting, so she knew about snakes. In the years before her passing on November 29, 2019, at 89 years of age, Aunt Virginia lived with her son Steve Beadle and his wife, Wanda, and later with her son Bill Beadle and his wife, Janie. While she was living with Wanda and Steve, Aunt Virginia stepped out the front door of the house, and immediately back in. She told the boys that there was a rattle snake by the front door, and she said it was huge!! The boys thought she was a typical girl, afraid of any old snake. They said it was probably a garter snake. Well, it wasn’t a garter snake, and Aunt Virginia wasn’t a typical girl who was afraid of a snake. After Steve had killed the rattle snake and cut off his head and rattle, he measured the snake. Steve is 5’8″, and just holding the snake up, it hit the ground when Steve held it just under his chin. That is a big snake. I’m sure the boys believed that she knew a rattle snake when she saw one after that.

Steve was reminded of a story his mom (my Aunt Virginia) told him. She was about 4 or 5 years old, and the family was living in a sod house. Aunt Virginia was outside playing and she saw a string of beads on the ground. She picked them up and went inside to has her dad, my grandpa, George Byer, if she could keep the beads. Her dad was shaving, and when asked, he told her yes, then thought maybe he should see what she was wanting to keep. When he looked down, he saw that she was holding a blue racer snake by the tail…and it was trying to bite her. He quickly grabbed it and stomped on its head. Aunt Virginia is pretty sure that is where her fear of snakes came from. Steve also said, “If Mom says it’s a big dang snake, it’s a BIG dang snake!!” 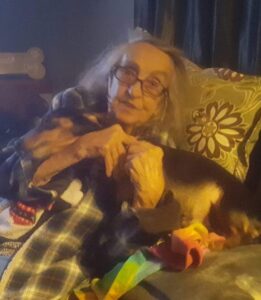 A few years ago, Wanda and Steve decided to lift Aunt Virginia’s spirits following her husband, my Uncle Bill’s passing. Aunt Virginia had told Wanda, during one of their many conversations, that she had always dreamed of a bedroom that was red and gray. She had wanted that bedroom all of her adult life. Without telling Aunt Virginia what they were doing, Wanda and Steve gave Aunt Virginia that bedroom that she had always dreamed of. She told them it was “too beautiful to sleep in” when she saw it. She never thought her dream would come true, but that day, with tears of joy streaming down her cheeks, Aunt Virginia saw the beautiful bedroom her kids had given her. That bedroom was their gift to her, but it was more than that…it was their love for her, and she knew that. She knew they loved her before that, of course, but to take a lifelong dream and make it a reality…well, she felt like a princess. And then there were the PJs. Aunt Virginia and Wanda loved their PJs, and I think that’s very cool.

Aunt Virginia had three little fur babies that she loved very much. Her idea of a wonderful way to spend time was to sit out on the deck, that had been beautifully furnished with new deck chairs with lots of padding and ottomans, as a gift for her birthday one year. Aunt Virginia loved sitting on the deck with the puppies, Molly, Whiskey, and Rosie…babies that she claimed for her very own. She sat on “her” deck with “her” puppies every chance she got. She would also sit under the covered pergola and do her puzzles. Wanda swore me to secrecy here, so don’t tell, but she did more sleeping than puzzling. Aunt Virginia went to heaven on November 29, 2019, and this past April, her little puppy, Rosie went to join her there. Rosie was the puppy that always 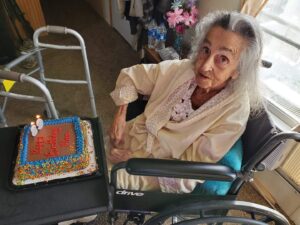 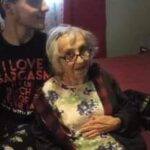