The Mind Of A Monster 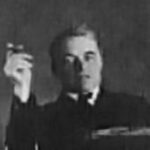 It’s said that there is nothing more dangerous than a humiliated man, and I suppose that could be true, but in the case of Andrew Kehoe, I think there was more to it than just one humiliation. Kehoe had shown violent tendencies since he was a child. Now, I’m not saying that every angry child will grow up to be a monster, but it might be something to monitor. If the violence becomes worse with age, there could be something wrong that needs to be addressed.

Andrew Philip Kehoe was born on February 1, 1872 in Tecumseh, Michigan. He was part of a large family. Kehoe showed violent tendencies early on. He tended to blame others for his troubles, which I think is also a common trait in troubled people. Kehoe was notified in June 1926 that his mortgage was going into foreclosure. Andrew Kehoe had been on the school board as treasurer. After his defeat in the April 5, 1926, election for the township clerk Kehoe lost it. Because of his association with the school board, Kehoe set his sights on the Bath School as a target to voice his frustrations. It was the last straw. Kehoe began secretly buying explosives. He hid them on 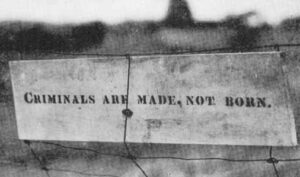 his father’s farm and under the school. On May 18, 1927, Kehoe murdered his wife Nellie Price Kehoe. He then blew up his farm, saying to the firemen as he drove away that they should go to the school instead. Then Kehoe drove off.

Kehoe made a sign and hung it on the fence at his farm, saying “Criminals are made, not born.” It was typical of his belief that all of his troubles could logically be blamed on other people, or even on chance events. He never took the blame for his problems himself. Following the bombing of his farm, Kehoe went on to set off the bombs that he hoped would completely destroy the Bath school, and kill everyone in it. Kehoe was disappointed to see that an additional 500 pounds of dynamite that had been set to go off at the same time as the other explosions, failed to detonate. Only a section of the front of the school blew up. Nevertheless, it was enough to kill 38 students and 6 teachers. To this day, the Bath School Massacre remains the deadliest school disaster in history, and it came long before the recent school disasters that so many blame on guns. No guns were used, except maybe to kill his wife, but there is no mention of that in the stories of this disaster either. After the bombing of his farm and the Bath School, Kehoe detonated more explosives in his truck killing himself and four other bystanders. Andrew P Kehoe was a local farmer and school board treasurer. Kehoe was well educated, respected, 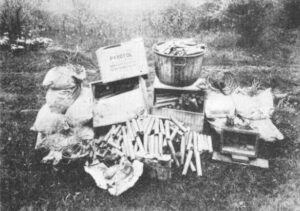 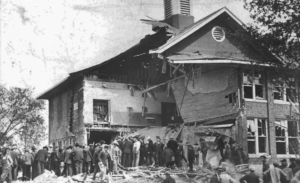 and was an accommodating neighbor and friend. But behind his ordinary demeanor was a narcissistic sadist seething with rage, resentment, and paranoia. To say that something in his life was to blame for his rage is really far fetched. To say that he was mentally ill might be more accurate. It’s hard to say if counseling could have helped either. It is something we will never know.

One Response to The Mind Of A Monster