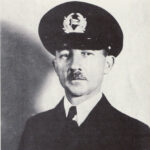 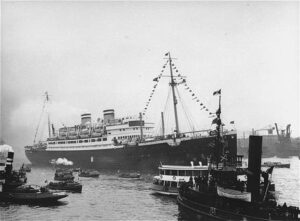 When Hitler’s reign of terror began, and the Jewish people soon realized that his goal was to wipe them from the face of the Earth, there was a mad scramble to get out of Germany and any other nation that was under Hitler’s control. Some people stayed, thinking that the war would be over soon, and many of those died. Others saw the writing on the wall, and started making plans to escape before it was too late.

On May 27, 1939, a ship carrying 937 Jewish refugees was for the most part, turned away from Havana, Cuba, after admitting roughly 28 people onboard that had valid visas or travel documents. In my opinion, that was probably a blessing for those turned away, because as we all know, Cuba is not really they place that many people want to live. Nevertheless, it was a huge disappointment to the 909 Jewish refugees still on board. For seven days, the ship’s captain, Gustav Schröder, attempted to negotiate with Cuban officials, but they refused to comply. He then appealed to the United State and Canada for entry, and was also denied.

The SS Saint Louis had set sail on May 13, 1939 from Hamburg, Germany to Havana, Cuba. Six months earlier, 91 people were killed and Jewish homes, businesses, and synagogues were destroyed in what became known as the Kristallnacht massacre. It was becoming increasing clear that the Nazis were accelerating their efforts to exterminate Jews by arresting them and placing them in concentration camps. World War II and the formal implementation of The Final Solution were just months from beginning. Before they set sail, the refugees had applied for US visas, and planned to stay in Cuba until they could enter the United States legally. The Cuban government was not pleased with the planned stay in Cuba…even if it was temporary. Their impending arrival was greeted with hostility in Cuba before they even set sail. On May 8, there was a massive anti-Semitic demonstration in Havana. Right-wing newspapers claimed that the incoming immigrants were Communists.

The ship sailed closer to Florida, hoping to disembark there, but it was not permitted to dock. Some passengers attempted to cable President Franklin D Roosevelt asking for refuge, but he never responded. A State Department telegram stated that the asylum-seekers must “await their turns on the waiting list and qualify for and obtain immigration visas before they may be admissible into the United States.” As a last resort, the Saint Louis continued north to Canada, but it was rejected there, too. “No country could open its doors wide enough to take in the hundreds of thousands of Jewish people who want to leave Europe: the line must be drawn somewhere,” Frederick Blair, Canada’s director of immigration, said at the time.
After exhaustive appeals failed, the refugees were faced with no other options, the ship returned to Europe. On

June 17, the SS Saint Louis docked in Antwerp, Belgium. By the time they arrived, several Jewish organizations had secured entry visas for the refugees in Belgium, France, the Netherlands and Great Britain. The majority of the refugees who had traveled on the ship survived the Holocaust, but 254 died as the Nazis swept through Europe during Hitler’s horrible reign.