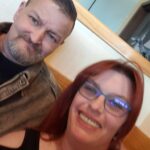 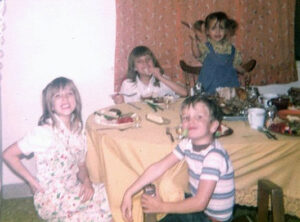 As my nephew, Rob Masterson’s birthday approached, I decided to get an idea of what his kids love about their dad. Kids can give a range of answers based on their age and even gender, but that was not what I got. Rob’s children saw pretty much the exact same things in their dad. They tell me that their dad is a great guy. His sense of humor is…goofy!! He jokes with his kids a lot, always keeping them in stitches. That reminds me of their dad as a kid…not much has changed. He’s still a kid at heart, and his wife, Dustie Masterson, and children, Raelynn, Matt, and Anna Masterson have all been the beneficiaries of his goofy kind of humor, as has his grown daughter, Christina Masterson.

Rob works at Sam’s Club in Casper, where he has been for 4 years. He is the supervisor of Tire and Battery, and he loves when the family can come up for his breaks. He works everyday, but he always takes his kids home after school, even if he has to take a lunch to do so. Those rides home from school are a wonderfully fun time for Rob and the kids. Raelynn says her dad’s a dork, especially on the days when she is particularly drained 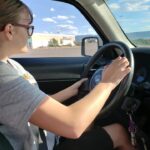 from school. He’ll joke around and laugh and tease them, making it not to laugh at his antics. She loves getting in the car because it’s never boring. It’s a confident man that can set aside the world’s idea of dignity, and just goof off with his kids.

Raelynn and Matt are both learning to drive right now, and I got the same kids of story from both of them on just how that is going. As we all know, learning to drive is a challenging matter, and there are always the inevitable running of a stop sign, weaving a little, and going too fast (or sometimes too slow), but Rob (and Dustie too) have been really calm and patient when teaching them. Rob has even taught them to parallel park, and for any driver, that is a really important lesson. Road signs can sometimes be difficult to remember, especially if they aren’t a worded road sign. Rob is working with the kids to make sure they know what is really important, and what is secondary. Both Raelynn and Matt have enjoyed their adventures is driving lessons very much. Raelynn told me that her favorite moments with her dad are in the car because he’s just at his dorkiest then. He’ll put his finger close to their ears, if they are ignoring him and wiggle it to annoy them. Somehow, I think I recall that with Rob, hahahaha!! 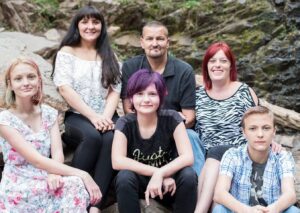 Rob and Dustie have been been married for 18 years now, and they are still going strong. They are just perfect for each other, because Dustie can be just as goofy as Rob can. Both Rob and Dustie are supervisors, and anyone who works with them will tell you that they can be the funniest people around, but when it comes to work, people are expected to do their job. If they do, it’s all good, and everyone can have a good time…within the confines of job protocol, of course. Rob has an infectious personality, and that makes him somebody very special. Today is Rob’s birthday. Happy birthday Rob!! Have a great day!! We love you!!

2 Responses to Adventures In Driving Lessons