The Process Is Difficult 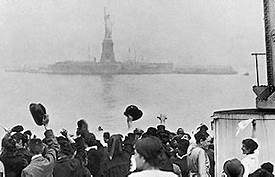 America has been the land of opportunity since its inception, and people often worked years to save enough money to pay for passage to what many considered the promised land. It wasn’t cheap, but the money for passage was just the beginning of the grueling process of becoming a citizen of the United States. They knew some of what they would face, but not all. Still, it did not deter them. For a chance at a better life, they came. Many immigrants came through Ellis Island, passing by the Statue of Liberty on their way. It was their first glimpse of what they considered the symbol of America. Then they went on to Ellis Island, where their pre-entry screening began.

First, they were rigorously questioned…what we call vetting today. They asked things like: “Are you meeting a relative here in America? Who? Have you been in a prison, almshouse, or institution for care of the insane? Are you a polygamist? Are you an anarchist? Are you coming to America for a job? Where will you work? Are you 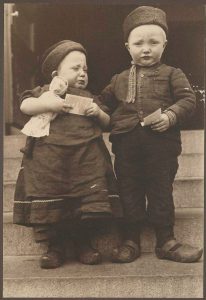 deformed or crippled? Who was the first President of America? What is the Constitution? Which President freed the slaves? Can you name the 13 original Colonies? Who is the current President of the United States?” Providing they passed this first test, they moved on to the next level. Many people these days would take offense at some of these questions…especially the health questions. What they don’t understand is that an unhealthy person or one with a disability could have been a burden to society…even more so than the problems with disabilities today. I know that sounds bad, but they couldn’t afford to take lots of people that the government was going to have to support. They also couldn’t take people with a communicable disease that could cause an epidemic in our country…something we can all understand these days. Every immigrant with a medical condition was marked on their on the shoulder of their clothing with their condition. Things like “PG” for pregnant, “B” for back problems, “SC” for scalp condition, etc. That way, every station down the line knew the problem. Sick children had to be quarantined away from their parents.

Sometimes people had to be held at Ellis Island for a time…weeks and even months, until they got well, or could get someone who would agree to sponsor them with their disabilities. That said, another problem or set of problems occurred. There were minimal beds available at any given time, and people spoke different languages, making communication difficult. Often, fights broke out and had to be settled, and sometimes 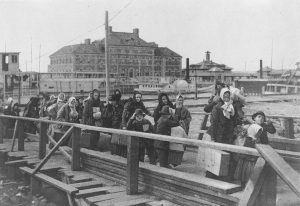 people had to sleep on the floor. Sometimes, children came over alone. Their parents were dead, and they were sent to live with relatives or maybe to be adopted. Sometimes they were on Ellis Island for months…so long in fact that a playground was build so they could play. A school was started because they needed an education. And sometimes children had to be sent back alone or with a parent if they had one. Some people were rejected. It was part of the process. It was hard…on everyone, but the reward was a better life, if they were accepted. It was tough, and still, they came. They knew it was worth it. The nation has always accepted immigrants. We just expect them to do so legally. The process is difficult, but it is worth it.

One Response to The Process Is Difficult