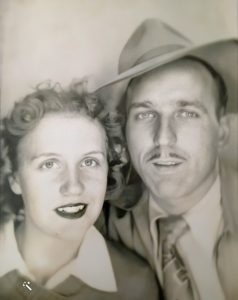 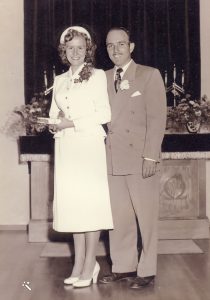 As kids, my sisters and I probably took our parents for granted, but when we look at how hard they worked to make life great for us, it almost brings tears to my eyes. My parents, Al and Collene Spencer worked very hard to give us a good life. They made sure that we got to take vacations…always wanting to make sure we saw this great nation we live in. And it wasn’t just the vacations. It was the kind of home they made for us. No matter what, we always knew that we were all equally loved. We knew that love had nothing to do with whether or not we made mistakes, or even if we got into trouble. In those days, children were spanked to teach proper manners. I know that many people these days disagree with that type discipline, but it was the era we lived in. In those days, children knew that if the neighbor told you to quit tearing something up, you had better quit. There was a measure of respect for our elders and those in authority. I miss that in our world today. Although, I live in a neighborhood, where most of the kids are respectful. We are blessed to live where we do.

Mom and Dad met through her sister, Virginia Beadle, and my mom told me that it was love at first sight. She said that she tole herself that he was the most handsome man she had ever seen. Mom was still a school girl, but as soon as she could, she and Dad were married. Dad was older than mom by twelve years, a common thing in those days. He had fought in World War II, and was ready to settle down and have a family. They married and moved to Superior, Wisconsin as part of their honeymoon. My older sister, Cheryl Masterson arrived ten months after their marriage, and their family was started. I followed almost two years later, and we moved to Casper, Wyoming a couple of years later. Caryl Reed followed three years after me, Alena Stevens two years after Caryl, and Allyn Hadlock two years after Alena. Our family was complete. Dad was always outnumbered, but his girls were his little princesses. He was always patient, understanding of the needs of girls…understanding girls was a necessity for Dad.

Mom and Dad were together for 54 years of marriage before Dad’s passing on December 12, 2007. Mom 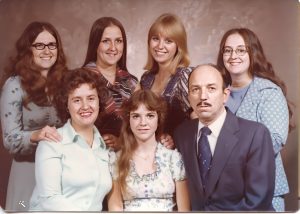 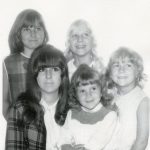 followed Dad on February 22, 2015, and now they are together again in Heaven. I’m sure they are enjoying Heaven and being together again. We miss them, but I can’t wish them back here. They would be horrified at what our world has become. Instead, we will go to join them someday, because Heaven is wonderful and we will all be happy together again, when we join them there. Today would have been Mom and Dad’s 67th Wedding Anniversary. Happy anniversary in Heaven, Mom and Dad. We love and miss you very much.