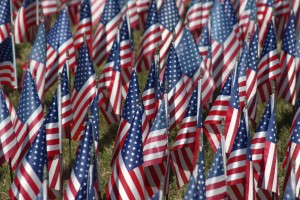 As we head into Independence Day 2020, many of us have begun to realize that this year, it’s different. Everything is different. The year, Independence Day has taken on a whole new meaning for me and so many others. For the first time in our nations history, almost everything was shut down. People were quarantined…leaving only the essential workers going to work, and the rest of us staying home, except for food, medicine, and doctor visits. Covid 19 had changed everything.

Spring Break for the schools brought the quarantine, and even if we had no children in school, we felt that change deeply. Everything just…stopped. Restaurants were closed, movies were out, bowling leagues ended early, as did all sports. Once the warmer weather hit, it felt like summer, but it was only May. This would prove to be the longest summer ever…I’m not complaining, mind you. Summer is my favorite time of year. I can’t imagine how awful it would have been, if the quarantine had happened in the Winter, when I wouldn’t have been able to get outside and walk on the trail near my home…especially since I am not into winter sports, and those places would have been closed anyway.

Finally after more than three months of quarantine, the states were allowed to begin reopening. Still, we did 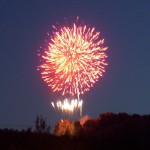 not know what the summer would look like. Sports were up in the air, contemplating a shortened season, or as in the case of some, cancelling the 2020 season altogether. Graduations, funerals, birthday gatherings, and holidays were uncertain. Finally, as campgrounds and hotels began to reopen, it looked like summer might be salvaged. Still, several fairs and some 4th of July fireworks thought about, or did cancel. My husband, Bob and I usually go to the Black Hills over the 4th of July, to do some hiking, so this was a concern to us. Finally, word came down that the fireworks display we loved would indeed be held, and that after a 9 year span without fireworks at Mount Rushmore, that display would also take place this year. We were so happy, and booked our motel right away.

As we prepare to watch the fireworks on Independence Day 2020, it comes to mind that Independence Day has taken on a whole new meaning. For a time, we lost our independence, and now we have it back. The feeling 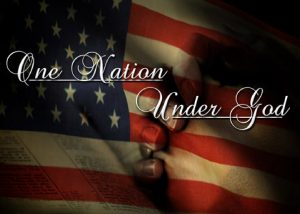 reminds me of how the early settlers felt, when England finally gave up and we had won our independence from them. Yes, we still have a ways to go before we will have our country back to normal. During the lock-down, some bad things happened and some people are in an outraged state, but I believe that we will be able to get back to normal through the love of God being shown in our nation. There are those who want to change the root of our nation, but they will not succeed. We are and always will be “One Nation, Under God” and we will have victory over the anarchists. Today, we celebrate the birth of our great nation, the United States of America. It is with a whole new meaning…Freedom Again!! Happy Independence Day everyone, God bless you all, and God bless America!!

2 Responses to A Whole New Meaning