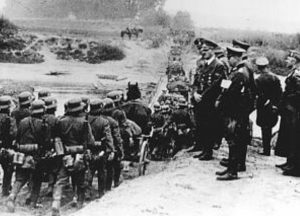 While Germany was not able to bring home the victory in World War II, they were a formidable enemy early in the war. On April 9, 1940, Nazi Germany launched an invasion into Norway. The initial attack was successful, and the Nazis captured several strategic points on the Norwegian coast. Hitler didn’t care that Norway had declared neutrality at the outbreak of World War II. Hitler wanted to rule the world and Norway was part of what he wanted.

During the preliminary phase of the invasion, Norwegian fascist forces under Vidkun Quisling acted as a so-called “fifth column” for the German invaders, seizing Norway’s nerve centers, spreading false rumors, and occupying military bases and other locations. They were the invaders from within. 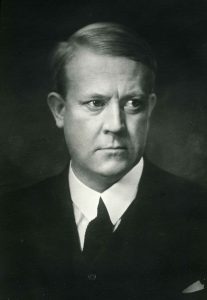 Quisling agreed with Hitler concerning the “Jewish problem” and became the leader of Norway during the Nazi occupation. Prior to that Quisling served as the Norwegian minister of defense from 1931 to 1933, and in 1934 he left the ruling party to establish the Nasjonal Samling, or National Unity Party, which was an imitation of Adolf Hitler’s Nazi Party.

Norway’s declaration of neutrality didn’t do them much good when their own minister of defense was a traitor. Norway’s declared neutrality at the outbreak of World War II, was simply a small stumbling block in the plan Nazi Germany had. Hitler regarded the occupation of Norway a strategic and economic necessity. In the spring of 1940, Vidkun Quisling met with Nazi command in Berlin to plan the German conquest of his country. The Norwegian people have no warning on April 9th, when the combined German forces attacked, and by June 10th Hitler had conquered Norway and driven all Allied forces from the country. 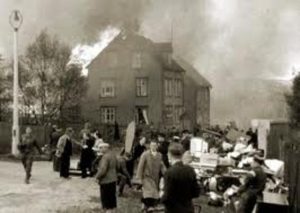 any good either. The people hated him, and opposition to him in Norway was so great that he couldn’t formally establish his puppet government in Oslo until February 1942. Nevertheless, the regime he set up under the authority of his Nazi commissioner, Josef Terboven, was a repressive regime that was merciless toward those who defied it. There was not peace for either side in those years. Norway’s resistance movement soon became the most effective in all Nazi-occupied Europe, and Quisling’s authority rapidly failed. After the German surrender in May 1945, Quisling was arrested, convicted of high treason, and shot. He was so hated that from his name comes the word quisling, meaning “traitor” in several languages.