The Queen Of Spies 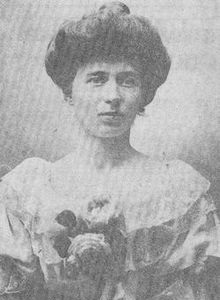 Louise Marie Jeanne Henriette de Bettignies was born on July 15, 1880 to Henri de Bettignies and Julienne Mabille de Poncheville. She was fluent in French and English, with a good mastery in German and Italian. It made her a perfect candidate for the spy network. Louise became a French secret agent who spied on the Germans for the British during World War I using the pseudonym of Alice Dubois, hence “The Alice Network.” She had under her direction, a number of men and women who mainly worked in the area of Lille, in German occupied France. Her people listened inconspicuously to the talk of the German soldiers when they were not aware, and therefore, not careful to guard their tongues. The gleaned intel was then passed to couriers, of which Louise was one, to be transported by car, train, or on foot to the military leaders they worked for. It was a dangerous occupation, but the spies in the network wanted to serve in the war effort, and this was their chance.

Spies in “The Alice Network” and other such networks, went to work in jobs that were basically normal everyday jobs. They became waitresses, singers, shop workers, all in areas frequented by the enemy. They swallowed their disgust, in order to become almost invisible to the Germans. They never told anyone that they spoke German, because the Germans felt comfortable talking in front of these people who, they thought, couldn’t understand a word they said. It gave the spy networks just the edge they needed. Some spies, like Louise, spent time in makeshift hospitals writing letters in German dictated by dying Germans to their families. Dying men aren’t always careful with the information they give. A wealth of information was passed from these networks to the intelligence officers, and it often proved to be invaluable.

Louise lived with her sister, Germaine at 166 rue d’Isly. From October 4 to 13, 1914, by turning the only cannon that the Lille troops had, the defenders succeeded in deceiving the enemy and holding them for several days under an intense battle that destroyed more than 2,200 buildings and houses, particularly in the area of the station. Louise de Bettignies, aged 28, making full use of the four languages she spoke, including German and English. Through the ruins of Lille, she ensured the supply of ammunition and food to the soldiers who were still firing on the attackers. Then, since she had been a citizen of Lille since 1903, Louise made the decision in October 1914, to engage in resistance and espionage. Due in part to her ability to speak French, English, German, and Italian, she ran a vast intelligence network from her home in the North of France on behalf of the British army and the MI6 intelligence service under the pseudonym Alice Dubois. This network provided important information to the British through occupied Belgium and the Netherlands. The network is estimated to have saved the lives of more than a thousand British soldiers during the 9 months of full operation from January to September 1915.

“The Alice Network” of a hundred people, mostly in forty kilometers of the front to the west and east of Lille, was so effective that she was nicknamed by her English superiors “the queen of spies.” She smuggled men to England, provided valuable information to the Intelligence Service, and prepared for her superiors in London a grid map of the region around Lille. When the German army installed a new battery of artillery, even camouflaged, this position was bombed by the Royal Flying Corps within eight days. Another opportunity allowed her to report the date and time of passage of the imperial train carrying the Kaiser on a secret visit to the front at Lille. During the approach to Lille, two British aircraft bombed the train and emerged, but missed their target. The German command did not understand the unique situation of these forty kilometers of “cursed” front (held by the British) out of nearly seven hundred miles of front. One of her last messages announced the preparation of a massive German attack on Verdun in early 1916. The information was relayed to the French commander who refused to believe it. Incredible!!! After all her success, this worthless French commander refused to believe her. Idiot!! 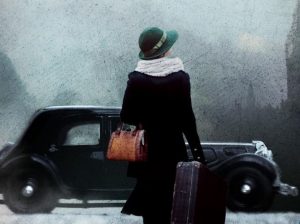 Louise was arrested by the Germans on October 20, 1915 near Tournai. On March 16, 1916, in Brussels, she was sentenced to forced labor for life. After being held for three years, she died on September 27, 1918 as a result of pleural abscesses poorly operated upon at Saint Mary’s Hospital in Cologne. Her body was repatriated on February 21, 1920. On March 16, 1920 a funeral was held in Lille in which she was posthumously awarded the Cross of the Legion of Honor, the Croix de guerre 1914-1918 with palm, and the British Military Medal, and she was made an Officer of the Order of the British Empire. Her body is buried in the cemetery of Saint-Amand-les-Eaux.