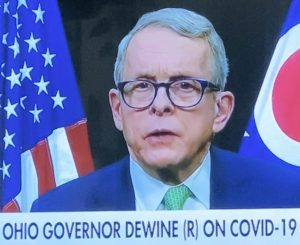 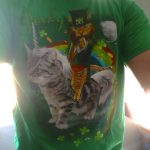 Saint Patrick’s Day is usually synonymous with celebrations, parades, green beer at the local pub, and of course the “Wearin’ O The Green,” but this year might be very different. Of course, we all know why that is. The current Coronavirus has found most people taking extraordinary measures to avoid being around large groups of people, in an effort to stop the spread of the virus, which can have serious symptoms in some patients and rather mild symptoms in others. I think people are trying to do what it takes to be safe.

One of the biggest cancellations is the many Saint Patrick’s Day Parades. Most places don’t want more than 50 people…or 25 people…and even 10 people gathering in public places. Many of the bars and restaurants have 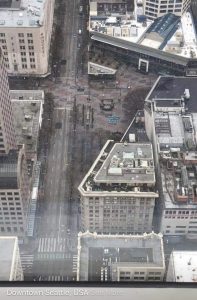 been closed, so that eliminates Saint Patrick’s Day celebrations. Of course, schools and day cares, gyms, hotels and travel industries, casinos, movie theaters, churches, and many businesses, are also closed, so people can’t go to those places to celebrate or even to carry on everyday life. Even the traditional dying or the Chicago River to emerald green for Saint Patrick’s Day has been cancelled. There are places that are open, such as stores, hospitals, and doctors offices, but people are asked to avoid them as much as possible. The idea of a sick person being told to avoid the doctor’s office or hospital is a very strange one. In times past, doctors would not diagnose disease over the phone, but now that is the first line of defense. The medical professionals don’t want people who have the disease to come in and infect other people. In fact, people are told to “quarantine or shelter in place” in an effort to slow the spread of the disease. Testing sites have even become drive-through…a previously unheard-of idea. All of these things have pushed Saint Patrick’s Day to the background of reality.

Nevertheless, I have seen a number of people who have put their own “Wearin’ O The Green” on line, or on television (for people who are in the news, etc), or just at home with their own families. I realize that this virus has dampened the spirits of many people, but deep down inside, there seems to live a victorious spirit within people. They seem to be refusing to allow this to bring about depression. On this Saint Patrick’s Day, I have seen the Ohio Governor Mike DeWine talking about postponing the Ohio Caucus, while wearing a blue suit, 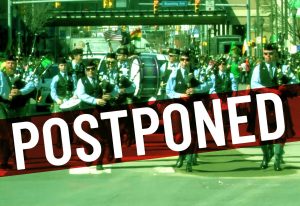 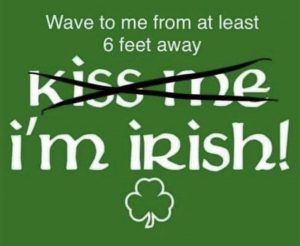 green tie, and green hair dye in his hair. Sure, the best case scenario is to be able to celebrate Saint Patrick’s Day in all of it’s traditions, but the reality of the Coronavirus insists that we do things differently this year. I like that so many people have chosen to celebrate in a social-distancing social media kind of way. I’m glad that people still seem to have a sense of humor, amid the panic. Happy Saint Patrick’s Day to one and all!!