A Price Too High To Pay 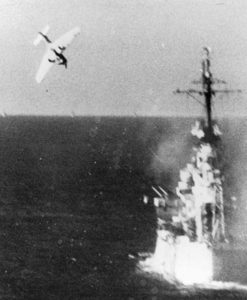 It is a strange idea to give a pilot minimal training and then send them out to do a mission, but it depends, I suppose on the mission they are sent out to do. With Japan losing the war and most of the well trained pilots gone, as a result of major battle losses, a new breed of pilots was born. These new pilots were called Kamikaze or Suicide Bombers. They required only minimal training, because most would not return from their missions. It was part of a strange plan that required the pilot to deliberately give up their life for the mission. Of course, every soldier knows that the next mission could end badly, and that losing their life is never out of the question, but the idea of heading out with the specific plan of crashing your plane into a ship is very foreign to me.

From a training aspect, I suppose the Japanese felt it was a good tradeoff. The 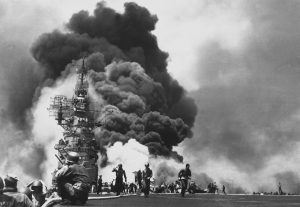 Kamikaze pilots needed little training and could do great damage taking planes full of explosives and crash them into ships. Still, it seems to me that the cost of the training, and the loss of the planes on every mission…not to mention the loss of pilots, would completely defeat the purpose of the pilot training. Nevertheless, Kamikaze pilots have been around a while, and some nations see suicide missions as honorable somehow. Everyone knows that in a war, people are going to die, from both sides, but to specifically plan to take your own life for the mission, seems crazy to me, and to most sane people. 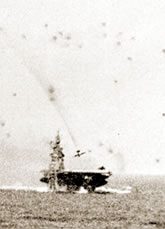 For the Japanese, the Kamikaze mission brought a temporary measure of success, I suppose. At Okinawa, they sank 30 ships and killed almost 5,000 Americans. In that process, 30 pilots, who paid for the victory with their lives, were also lost in the mission. And in the end, the Kamikaze missions made no real difference in the war’s outcome. They still lost the war, and to me, that does not make the Kamikaze missions worthwhile. I don’t think it ever pays to take so little consideration for the lives of the people who serve under you. I believe that is the biggest mistake made by these horrific regimes. Such a murderous nation cannot long succeed, because people will eventually put a stop to it. The only sad part is that sometimes it takes so long to put a stop to these horrific acts. Kamikaze pilots, suicide bombers, and any other soldier who’s mission requires his own death, all fall into the category of a price too high to pay.

One Response to A Price Too High To Pay