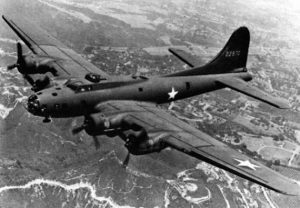 Strange things have been known to happen over the centuries of Earth’s existence. Most end up being clearly explained. Some are explained, but few people believe the explanation, and still others are forever mysteries…destined to have no possible explanation. People, especially those who witness the event, just know that it did happen. Often, wars are filled with strange stories. Everything from bombs killing everyone in an area, except for one lone old woman; to enemy soldiers allowing a soldier to go free, even though the enemy clearly had the upper hand. Of course, some mysteries defy any possible explanation. Such is the case of the Phantom Fortress. If one looks there can be found all manner of oddities and anomalies scattered in the background of the more sensational news of the fighting of a war, coming from land, air, and sea. From ghost ships found floating in the oceans years after they were last seen, their crews mysteriously missing, with no sign of violence or death on board. Of course, the stories run wild, sighting every possibility from UFOs; to disappearance to another dimension; to desertion, though hard to explain, when no trace of the crew ever showed up anywhere else. Still, few were more strange than the Phantom Fortress.

On November 23, 1944, a British Royal Air Force anti-aircraft unit stationed near Cortonburg, Belgium was suddenly surprised to see an American Army Air Corps B-17 bomber, nicknamed the “Flying Fortress,” heading in their direction. Because there was no such landing scheduled and because of the speed of the incoming aircraft it was assumed that it was preparing to make an emergency landing at the base. Still, after checking with the base tower, it was confirmed that that no such B-17 landing was expected. Be that as it may, this plane was coming in for a landing, so the gunner crew watched helplessly as the massive aircraft came hurtling in towards a nearby open, plowed field.

No matter what standards you use, this landing was a messy one to say the least. The plane bounced and swerved along as the terrified gunners looked on. It finally came to a stop dangerously close to their position after one of its wings clipped the ground. Nevertheless, it was still in one piece and had not actually crashed, but it was an incredibly rough landing. The stunned gunners watched as the aircraft sat there looming over the field, its propellers continuing to spin. The minutes ticked by, but no one exited the plane. After waiting 20 minutes with no sign of human activity, and the plane just sitting there with its engines running, the gunner crew decided to go in and investigate. They had no idea what kind of a scene awaited them inside, but what they found, they never could have guessed. Upon opening the entry hatch under the fuselage, they entered. The gunner crew expected that the crew had been injured or was otherwise unable to get out of the plane, but what they found was that the plane was completely empty. Unable to believe what they had just witnessed, especially in light of the empty plane, the gunner crew made a full sweep through the aircraft. The gunner crew reported that it looked like the crew had just recently been there and must have left the aircraft in a hurry. They found chocolate bars unwrapped and half eaten lying about, a row of neatly folded parachutes, with none apparently missing, and jackets that had been neatly hung up.

The superior officer, a John V. Crisp, would say of the eerie scene, “We now made a thorough search and our most remarkable find in the fuselage was about a dozen parachutes neatly wrapped and ready for clipping on. This made the whereabouts of the crew even more mysterious. The Sperry bomb-sight remained in the Perspex nose, quite undamaged, with its cover neatly folded beside it. Back on the navigator’s desk was the code book giving the colours and letters of the day for identification purposes. Various fur-lined flying jackets lay in the fuselage together with a few bars of chocolate, partly consumed in some cases.” Crisp found himself in an awkward position. He knew what he was seeing. He knew that he would have to write up the report on the incident. And most importantly, he knew that his men were looking to him for answers. Where had the crew of the “Phantom Fortress” gone and how had the plane landed on its own? This was not during a time when planes could be programed to land. No one had any idea how this could have come to pass. Crisp told the men to shut the engines down, and they inspected the planes interior further. The men looked for anything that might provide answers. The log book was found opened, and the last cryptic words written in it were “bad flak.” Yet, all of the parachutes seemed to be accounted for and the exterior of the plane did not have evidence of flak damage, or any damage except for what it had incurred in its rough landing, such as the buckled wing and one disabled engine. The log entry just seemed strange considering.

The B-17’s crew was eventually found, alive and well. For their side, they said, “They changed their course towards Brussels, Belgium, at the same time making the plane lighter by dumping and jettisoning any unnecessary or nonessential equipment on board. When the plane still continued to suffer and a second engine on the struggling plane sputtered out, it was decided that the aircraft would be unable to make the journey, and the crew had then decided to bail out. The B-17 was put on autopilot and left to its fate as the crew jumped to safety. No one thought it would make it very far, let alone somehow land, but land it did.” It seemed as if they honestly thought they had been in battle, and even more, that they had bailed out, with parachutes that were miraculously replaced. Still, why did ground crew report all 4 engines working as the bomber had approached, with one being damaged only upon landing, when the report said that 2 engines had been knocked out during the mission? Where was the damage from the claimed enemy fire? Perhaps most mysterious of all, how had a large, cumbersome plane like the B-17 manage to come to a landing without a pilot?

Authorities on the case, as well as crew members of the Phantom Fortress, suggested some theories to explain the mysteries surrounding the event. For instance, with the engines it could have been that the technical difficulties cleared up on their own after the crew had bailed out, making the plane seem to have 4 fully operating engines on approach, although why they would start working again after being taken out remains mysterious. If the engines had been in bad enough shape for the crew to abandon the aircraft it seems odd that they should kick back into working order on their own and continue whirring away even after the rough landing. As to the lack of any apparent visible damage from enemy fire, the gunner crew could have simply missed the damage due to the untrained eyes of the team that initially investigated the plane after it had landed. They were just a gunner crew, not trained aviators, and may have mistaken the damage reported by the B-17 crew as being from the crash. They might not have noticed that the aircraft had sustained battle damage, but then again they were anti-aircraft gunners and might have had some idea. With the parachutes, it was surmised that they had possibly mistaken some spare parachutes as the full compliment. However, this is all speculation, and the mystery has never been totally solved. Still, the biggest mystery simply cannot be explained away. How did the B-17 come to a landing mostly intact without a pilot? Autopilot is one thing, but landing is another beast altogether. As the saying goes, “Flying is easy, landing is hard.” A pilotless B-17 landing by itself with no one on board was unprecedented. It should have careened into the ground to crash into a ball of fire and debris, or at least ended up a heap of twisted wreckage. So how could this happen?

Although no one really knows for sure, the main theory is “that the plane simply lost altitude slowly, at just the right speed, and with just the right angle of descent to come down relatively softly enough to appear as if it was landing, with the B-17’s legendary toughness and sturdy frame managing to hold it together to keep it from disintegrating.” To this, I say, “Come on!! Get serious!!” The odds of all of this happening in just such a way is all but impossible. Also, there is the rather odd detail that this unmanned plane just happened to come

down in the exact best place to land under the circumstances, in that wide open field, and not one of the countless other places it could have come down more tragically. Its just too odd. Nevertheless, the mystery landing of the “Phantom Fortress” did happen. The details of how it did remain mysterious and open to speculation. What we do know for sure is that this B-17 was on a bombing mission in Germany, that it did land without a crew in that field, and that the crew members were later found to have been alive and well with quite a story to tell.