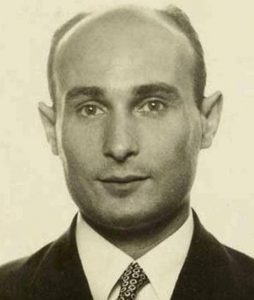 When someone sees something so horrific that the only think left to do is to act, drastic measures must be taken. Juan Pujol Garcia (aka Garbo), is one of the most successful intelligence agents in the annals of warfare. That is an amazing statement, but it is true. Garcia was a Spanish hotel manager who fiercely hated fascism and Germany. Garcia could see the horrific things that the Germans were doing, and he could not tolerate it. Garcia knew what he had to do, so he offered his services at the British embassy. Strangely, the British embassy staff laughed him out of the building, convincing the Spaniard the only way to impress the British was to infiltrate the German intelligence service, Abwehr.

Without the help of the British government, Garcia decided that he had to take matters into his own hands. He headed to Lisbon, involved himself in the intrigue of the Portuguese capital, and was soon sending Abwehr a stream of bogus intelligence supposedly gleaned while traveling through Britain. In truth, he never left Lisbon, and was concocting information from films, newspapers, and even phone books. It was a drastic plan, but the stream of information earned him the trust of the Germans, and the British government finally gave Garcia

some missions. With this success to his credit, he talked his way into an interview in Britain with MI5. He was given the code name Garbo, after actress Greta Garbo, for his ability to spin convincing narratives out of thin air, and was put to work sending credible disinformation to the Germans.

Now under cover, Garbo’s crowning achievement was his involvement in the operation to deceive the Nazis about the location of the Normandy invasion. He not only mislead the German high command about the location, but convinced them the D-Day landing was a diversion for an attack elsewhere. Garcia was such an important asset to the Nazis…or so they thought. The Germans even awarded him the Iron Cross, Second Class in July 1944. He also received the MBE from the British in November 1944. He had been a very successful double agent. After the war, Garbo deliberately faded into obscurity, fearing Nazi reprisals, and relocated to Venezuela, where he died in 1988.