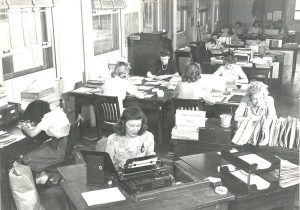 During World War II, when men were in short supply due to deployments, and the secret codes of the Japanese and Germans were causing major problems, the American government was faced with a difficult decision. They needed people who were qualified to break the codes of their enemies, and the only code breakers were in very short supply. The decision was made to search out college-educated women, preferably with degrees in Mathematics, Physics, and those who were fluent in other languages. There weren’t a lot of college educated women in those days, and even fewer with degrees in math or physics, but there were teachers. The Navy and the Army began recruiting these women. The women were required to go through a battery of tests and interviews to see if they had what it took to become code breakers. Many did not, but those who did were offered an exciting, but stressful career.

Upon arrival in Washington DC, these women found themselves in direct competition with the men, and the men didn’t like it one bit. Nevertheless, the feelings the men had for these women who were a threat to their 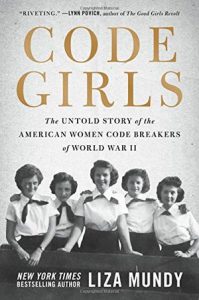 job, was at least matched by what the public thought of these women who, sworn to secrecy, had to lie about the work they did. They told people they were secretaries, and glorified waitresses, bring coffee to their bosses, while adding a bit of “interest” to the office. People thought these women were “loose” women…”gold diggers” looking for a husband, and because of the deep need for security, the women were forced to let people think what they wanted too.

No matter what the public thought, these women code breakers were a vital part of the war effort. Our men were dying because we had no idea where the ships and submarines were until they struck. These women turned the tables in favor of the Allies, though few people ever knew it. The women were told they must never speak of what they did there…even after the war, and most of them took their secrets to the grave. While the women were forced to keep their secrets, they all knew that what they were doing mattered. They also knew things about the war, that others didn’t know. They knew the danger the Allied ships were in. They knew about ship that were torpedoed, almost as soon as it happened, and sometimes the ships were ones that friends and loved ones were stationed on…meaning they knew of their loved ones deaths almost immediately after they were killed.

At great sacrifice to themselves, the women code breakers fought a battle in the war that many people never 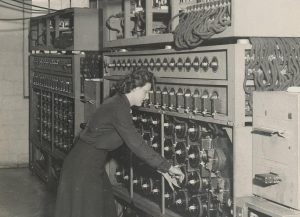 knew about. The stress, and just the shear gravity of the situation wore of the women. Some later had to seek psychiatric help, and some had nervous breakdowns, still they kept their secrets, lest their services were ever needed again. They kept them in case they ever had to be used again. They kept them because they had orders, and they would follow their orders no matter what. The work had been tedious, and sometimes codes took a long time to crack, but the determined women stuck it out, although most would never be thanked for their hard work. It didn’t matter. Their work was vital, and they were saving lives. That would have to be enough to carry them through the rest of their lives.