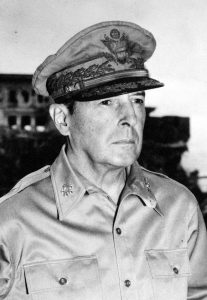 Opinions vary as to who the worst generals of World War II were, and I can’t say where I stand on the issue, but after researching several of the battles fought, whether won or lost, I can see how people could make up their own minds on the issue. It must also be noted that even the worst general can have enough good men under him to bring success through multiple blunders on the part of the general. Then, the general is considered a war hero. It doesn’t always happen, but sometimes, it does.

On September 14, 1944, the US 1st Marine Division landed on the island of Peleliu, one of the Palau Islands in the Pacific. It was part of a larger operation to provide support for General Douglas MacArthur, who was preparing to invade the Philippines. The Palaus were part of the Caroline Islands. They were among the mandated islands taken from Germany and given to Japan as one of the terms of the Treaty of Versailles at the close of World War I. The US military was unfamiliar with the islands, and Admiral William Halsey had argued against Operation Stalemate, which included the Army invasion of Morotai in the Dutch East Indies. He believed that MacArthur would meet minimal resistance in the Philippines, making this operation unnecessary, especially given the risks involved.

General William Henry Rupertus was the commander of the 1st Marine Division when they attacked the Japanese-held island Peleliu. Rupertus mistakenly predicted that the island would fall within 4 days. With that in mind, he sent his troops ashore with minimal water supplies. The battle was a horror show that dragged on for nearly 75 days. The Marines thought they knew how to attack the island, but the Japanese were using some new, innovative tactics, and so the Marines were unprepared. Nevertheless, Rupertus stuck to his original plan, even as casualties mounted, even withdrawing tank support for a critical assault, mistakenly believing it wasn’t needed. It’s actions like this that make you wonder how he ever got to be a general, I guess the Marines agreed, because Rupertus was pulled from command and soon died of a heart attack. The 1st Marine Division was pulled out after a month of vicious combat. They were in such bad shape that the division didn’t fight again for six months.

The pre-invasion bombardment of Peleliu had somehow seemed important, at the time, but it proved to be of no real help. The Japanese defenders of the island were buried too deep in the jungle, and the target intelligence given the Americans was faulty. Upon landing, the Marines met little immediate resistance, but that was a maneuver to get them further onto the island. Shortly thereafter, Japanese machine guns opened fire, knocking out more than two dozen landing craft. Scores of Japanese tanks and troops immediately stormed upon the marines. The shocked 1st and 5th Marine regiments fought for their lives. Jungle caves seemingly exploded with Japanese soldiers. Within one week of the invasion, the Marines lost 4,000 men. By the time it was all over, that number would surpass 9,000. The Japanese lost more than 13,000 men. Flamethrowers and bombs finally subdued the island for the Americans, but in the end, it all proved pointless. MacArthur invaded the Philippines without need of Army or Marine protection from either Peleliu or Morotai. 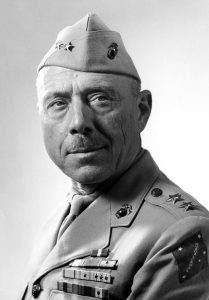 While MacArthur has a reputation as one of the most innovative and courageous generals in US history, he also committed inexplicable blunders at multiple points in the war. After the attack on Pearl Harbor, MacArthur was ordered to carry out pre-war attack plans on Japanese bases, but he gave no reply. As a result, Japanese planes immediately attacked, wiping out his air force. His thinly spaced and poorly supplied US and Filipino forces crumbled, and he was ordered to evacuate Manila with his command staff. About 150,000 Allied troops had been killed, wounded, or captured. His bold conduct over the next four years gained him a justifiable reputation as a war hero, but he was also reckless, arrogant, and careerist. He saw his role as the occupational governor of Japan as a stepping-stone to running for president and pardoned Japanese war criminals involved in human experimentation. These are not things that a general in the United States military should be doing, and while he was considered a hero by some, there were many others who would seriously disagree.