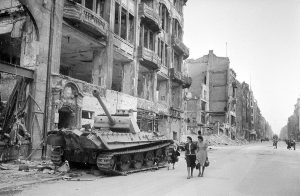 World War II took it’s toll on many people. The soldiers, families at home, and probably unknown to the people of the Allied nations…the German people. When we think of the Nazis, we think of an entire country so filled with hate for the Jewish people…as well as any nationality that was different that the Nazi white people. The reality is that while there were a relatively small number of Hitler’s puppets to actually embraced the thinking and the hatred of Hitler; there were also a great many of the German people who were not Nazis, nor did they agree with anything that Hitler did or believed. They were good and decent people, who valued life, and just wanted to work hard, and live their lives in peace and happiness. 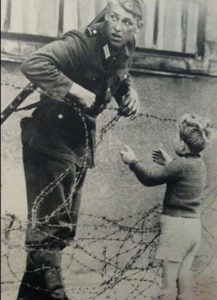 These post-war German citizens were faced with a new and strange kind of post-war reality. The country suffered from collective PTSD. Said one German citizen, “We were a broken, defeated, extinguished people in 1045. 60 million human beings suffered from PTDS. And Knowing that not only did you lose…but also that you were on the wrong side. On the wrong side of morality, of humanity, of history. We were the bad guys. There was no pride. Just the knowledge that we were at rock bottom, and rightfully so.”

As American and Allies, it is hard for us to accept their feelings of remorse. I’m sure that the Jews, Gypsies, and other persecuted races had an even harder time feeling bad for the German people…at least, not unless they were some of the German citizens who escaped from Germany along with other refugees, or those who helped their Jewish or Gypsy counterparts to escape or to survive. One of those sympathizers who lived, warned his children and grandchildren, saying, “Don’t forget, but don’t tell anyone about this.” He was so ashamed and so angry, still, 40, 50 years 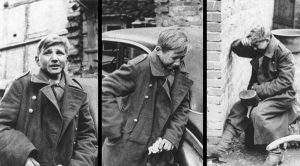 later. He said that the Nazis had taken the best years of his life, saying, “We must look out for them, it can happen again. Beware, pay attention to politics! Speak up! We couldn’t stop them, maybe you can, next time.” The man hammered these things into his grandchild’s brain, over and over and over. He knew the dangers of complacency where politics is concerned. He knew that if they take your guns you are helpless. He knew that if evil people get in office, the danger grows exponentially. He had seen it…first hand. It is a lesson many people today need to learn. It could happen again, if we aren’t vigilant.