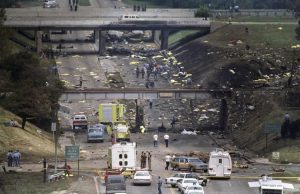 Mistakes happen, but when they are on an airplane, the result is often disastrous. Unless they are terrorists, no pilot wants to make that fatal mistake, because after all, they are on that plane too. Not to mention that they have families of their own that they want to go home to. Still, mistakes do happen, and sometimes they are pilot error, while other times are mechanical failure or even weather.

On August 16, 1987, Northwest Airlines flight 255 was preparing for takeoff from Detroit Metropolitan Wayne County Airport. The crew began the day, by operating the McDonnell Douglas MD-82 as Northwest Flight 750 from Minneapolis–Saint Paul International Airport. They flew to MBS International Airport in Saginaw, Michigan. They then departed Saginaw, in the same aircraft as Flight 255, flying to John Wayne Airport in Santa Ana, California, with intermediate stops at Detroit Metropolitan Wayne 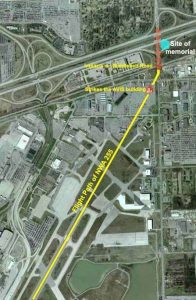 County Airport in Romulus, Michigan…near Detroit. Their next stop was to be at Phoenix Sky Harbor International Airport in Arizona, but they never made it to Phoenix, crashing instead.

The plane’s rate of climb was greatly reduced as a result of the flaps not being extended, and approximately 2,760 feet past the end of runway 3C. The plane’s left wing struck a light pole in a car rental car lot. The impact caused the left wing to start disintegrating and catch fire. The plane rolled 90 degrees to the left, striking the roof of an Avis Car Rental building. The plane was now completely out of control, and crashed inverted onto Middlebelt Road striking vehicles just north of its intersection with Wick Road, killing two people on the ground in a car. It then broke apart…the wreckage skidding across the road, disintegrating and bursting into flames as it hit a railroad overpass and the overpass of eastbound Interstate 94. Of the 149 people onboard, there was one survivor, a four year old girl, who lost her parents and six year old brother in the crash. 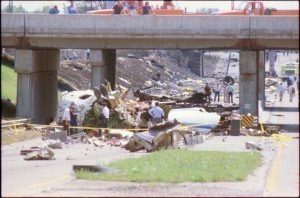 In the end pilot error was blamed for the crash, because the pilots did not run through the pre-flight checklist. There also seemed to be a “problem with electrical power to the takeoff warning system. It was caused by the loss of input 28V dc. electric power between the airplane’s left dc. bus and the CAWS unit. The interruption of the input power to the CAWS occurred at the P-40 circuit breaker. The mode of interruption could not be determined.” The flight number Northwest Airlines 255 was retired, and when Delta purchased Northwest, they continued to honor the retired number. I wondered about retiring a flight number. It seems that in fatal crashes it is customary to retire the number in honor of those lost.

One Response to Retired Flight Number