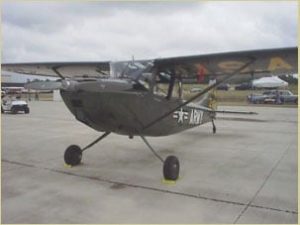 Usually, when a plane crashes, there are signs of the crash, a mayday hail, and the signal from the locator beacon to bring help to the downed plane, to find it’s remains and the people in it, alive or dead, but sometimes circumstances align in such a way, that years can pass by before anyone comes across the wreckage. Such was the case with the August 10, 1984 crash of a Cessna L-19E “Bird Dog” that had gone out to film a particularly nasty type of beetle infestation that had been ravaging hundreds of acres of Colorado forest in and around some of the higher-elevation foothills surrounding some of the Rockies. The Cessna L-19E is a two-seater liaison and observation aircraft built for the US Military. The tandem plane departed Granby (KGNB) for the scenic flight over the Colorado mountains, but never arrived at Jeffco (KBJC) as planned.

The pilot, 38 year old James Jeb Caddell had been offered a contract by the Colorado Department of Forestry. That meant that he had mounted a VHS video camcorder on top the instrument panel for the purpose of visually recording any beetle infestation that was observed along the flight route. Caddell, who brought a friend, 38 year old Ronald Hugh Wilmond along for the flight, started the camera shortly after takeoff. It ran until the aircraft crashed down through the trees about 6-1/2 minutes later, documenting the entire trip and the cause of the crash.

Because there was no distress signal, no one knew what had happened, To make matters worse, the aircraft had tumbled into the trees and landed on the Emergency Locator Transmitter, cutting off the signal. Although there was a fire, it burnt out quickly and there was not enough damage to mark the crash site from the air. Searchers tried in vain to find the missing plane, but to no avail. They finally had no choice but to abandon the search. The plane’s wreckage was discovered three years later, when backpackers hiking through the woods found the crash site. At the site was a video tape hanging from tree branches. Incredibly, the video was found to have only minor damage, when the FAA watched it. It had not only survived the crash and subsequent fire, but three years of exposure to the elements, as well.

With nothing else to go on, the video became the primary source data. The NTSB released this accident report. “NTSB Synopsis: Probable Cause: The airplane departed Grandby 8/10/84 and failed to arrive at its destination. 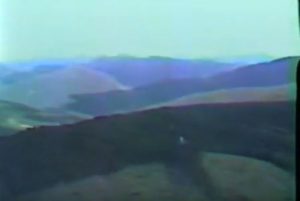 On 8/23/87, it was found on the slope of a high tree-covered ridge. Video tape recovered from the wreckage provided a visual and audio record of the flight from takeoff to impact. Comparing the recording to a topographical map, the flight was climbing and its altitude above the ground was decreasing when it crashed at the 10,200 feet level. During the last few seconds of the tape, the terrain dominated the view through the cockpit window. The pilot made a 60-degree bank, and the stall warning horn could be heard 3 times during approximately 180 degree of turn. the airplane subsequently stalled, flipped over, and entered the trees. The density altitude was about 13,000 feet.

The pilot continued to fly into rising terrain until he was boxed in. He saw the ski slopes which are almost certainly on the leeward side of the mountain: mountain flyers know these can produce a severe downdraft and are trained not to fly straight into them. The pilot presumably panicked because he then compounded his worsening situation with the steep turn to the right. The plane lost lift and the stall warners sounded. The altitude, temperature and humidity combined to create the density altitude of 13,000 feet when the aircraft was actually at 10,200 feet. The high density altitude, flying over Colorado mountains in August, meant that in the turn, the plane was as high as it was capable of flying and was no longer able to climb at speed.

He makes a moderately steep turn to the right (in excess of 45 to 50 degrees angle of bank) in an attempt to turn around quickly – the plane loses considerable lift and initially stalls twice; then on the 3rd stall (with the stall warning horn blaring in the background), enters the traditional “stall/spin” syndrome and flips upside down as the left (up-wing) wing stalls completely and the plane, flipping over on its back, plunges straight down through the trees – but not before capturing the pilot’s last mournful cry to his friend in the back seat: “Damn, hang on Ronnie!!” The plane smashes downwards through the thick tree branches (you can hear the heavy “thuds” as the plane’s wings smash into these while heading for the ground); it crashes and burns – killing both the pilot and back-seat passenger. Improper in-flight planning/decision by the pilot in command and airspeed not maintained are cited by the NTSB report as the probable causes, with the high density altitude and mountainous terrain given as contributing factors.”

The pilot’s family requested that the film not be released to the general public and a 20-year moratorium was placed on the footage. That expired in 2009 and the footage was released. After watching the video, I can say that it was a hard one to watch, because I, unlike the planes occupants, knew what was coming. It seemed to 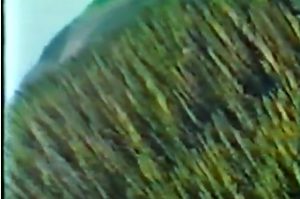 me, that if he just looked at the terrane coming up ahead of him, he could have made the necessary evasive action to turn around, while there was still time. Unfortunately, he was mesmerized by the view, and only realized his predicament seconds before it was all over. It doesn’t appear that his passenger had any idea that anything was wrong, at least not until Caddell uttered those final words, “Damn, hang on Ronnie!!” Several times during the video, I felt myself pushing back in my seat, as if I could make the plane gain altitude, but when he made that final turn, I felt my stomach lurch, as if I were inside the plane too. A few moments of incredible views, a little bit of inattention, and two lives were over. It was incredibly sad.