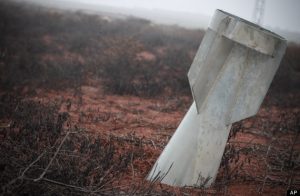 I have long been interested in war, and especially World War II. Every aspect of it interests me, and I find myself wondering about the enemy. I’m sure that might seem odd to many people, but as we have found in the United States, just because the government goes to war, does not mean that every citizen, or even every soldier agrees with the reasons the country has gone to war. I have been listening to a couple of audiobooks that have taken in D-Day, and I came across something interesting.

Without going into all of that amazing strategy of warfare, I want to focus on one of the bombing maneuvers that took place. One of the soldiers on the ground was trying to take cover from incoming German bombs. After the bombing stopped, he looked out and was shocked to see eight bombs embedded in the ground near his foxhole. They had not gone off. He knew that it is possible for bombs to be duds, but he hadn’t heard of any American bombs that had turned out to be duds…especially eight of them at the same time, in the same place. 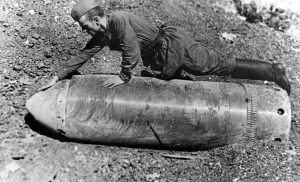 He wasn’t bragging on the American bombs, their craftmanship, or their ingenuity, but rather, wondering how so many German bombs could have been duds…all at the same time.

Then the soldier made an observation that I had not considered, but that fell right into my view that not everyone in Germany agreed with Hitler. The American bomb builders were doing their job willingly. They were working to make the bombs efficient, because Germany needed to be defeated. In contrast, the German bomb builders were actually Polish slaves. Hitler had invaded their nation and was forcing them to play a part in a war that they disagreed with. The soldier considered these things and came to the conclusion that somehow the Polish slaves had been able to build a bomb that they knew would not explode, but would still pass the inspections of the Germans. The soldier believed that eight unexploded bombs could not be coincidental. It had to be sabotage. 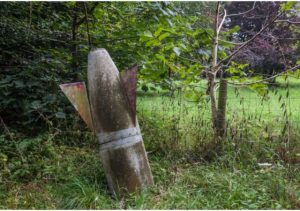 In my research, I have seen situations where the citizens have helped the enemy, at great risk to their own safety. I have seen situations where the citizens have given aid to the enemy. And this situation was a blatant sabotage of the weapons of warfare. Within their nations, these acts were acts of treason, but they were actually fighting the evil that had tried to take over their nation. Within their confines, they were standing up for their values…for good, and for what was right. They were the enemy, in location only, because in their hearts, the were fighting for what was right, and I have to respect them for that.