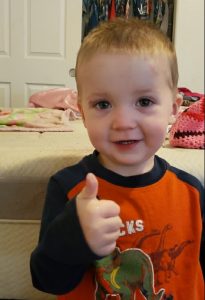 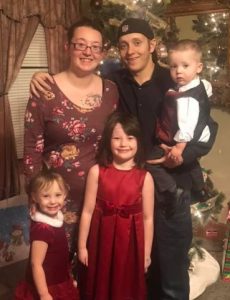 My great grand nephew, Jaxx Harman is a sweet little two year old boy, with smiling eyes, and a great personality. He is easy going, probably the result of being the youngest of the three children of his parents, Melanie and Jake Harman, and little brother to two sisters, Alice and Izabella. When a little boy has a mom and two sisters all “mothering” him, he pretty much has to grow up to be very patient. Nevertheless, according to his mom, he can also be whiny and that probably gets him a little bit of leeway when it comes to being ordered around by his sisters.

Alice, being a bit older never had a problem saying Jaxx, but Izabella, being just 17 months older than her brother, has never called him anything, but Bletta!! While I’m sure that name will someday go away, at least as far as Belle is concerned, it will always be one that his parents and grandparents will cherish, and who knows, it may always be his nickname…after all, it is cute. Some nicknames are just destined to stick. Jaxx must like it because he doesn’t say anything about it, even though he is speaking very clearly these days. Of course, just about anything his sisters do is ok with Jaxx, and these days he is capable of following them around, and he likes that new-found ability, and the freedom it brings with it.

While Jaxx loves his sisters very much, a guy really does need to have buddies who share the same interests, 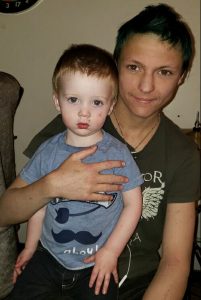 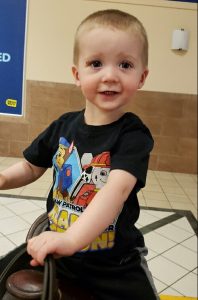 and lets face it, girls play differently than boys. That’s where Jaxx’s cousin once removed, Matthew Masterson comes in. Matt and Jaxx have a really great bond, and it doesn’t bother Matt to hang out with a cousin who is so much younger than his own 13 years. Maybe that’s because Matt is also the only boy in a family with three sisters, two of whom still live in the family home. That gives these boys something in common, and whenever Jaxx find out that Matt is coming over, or he is going to Matt’s house, he gets very excited. Finally, somebody who is on his side. Not to mention that Matt likes to hang out with him, which many times doesn’t happen with older boys and their younger cousins. Matt has a kind heart, and I’m sure that is in a big way the thing that attracts Jaxx to him. Today is Jaxx’s 2nd birthday. Happy birthday Jaxx!! Have a great day!! We love you!!