Laughter In The House 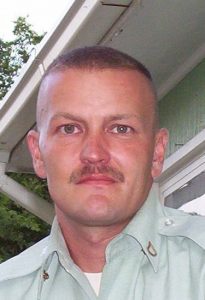 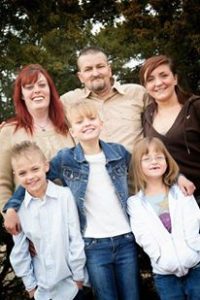 My nephew, Rob Masterson is a busy father of four children. His oldest, Christina is grown and living on her own in Colorado. The other three, Raelynn, Matthew, and Anna still live in the family home…which recently changed, by the way. They had been living in an apartment, and now they are in a house…much better for a family. The really nice thing is that the new place is much closer to where Rob and his wife, Dustie both work…Sam’s club. This is a great change for this family, and we are all very happy for them.

As a boy, Rob grew up in a house full of women. His mom, my sister, Cheryl Masterson was a single mom, and of her five children, Rob was the only boy. I’m not sure for whom that situation was the worst. Rob was definitely outnumbered, but I don’t think that the girls, Chantel, Toni, Elizabeth, and Jenny, ever really got the better of their brother, who was the middle child. These days they all joke about the antics of those years, and in reality, it’s all pretty funny. Nevertheless, I don’t know how pleasant it was at the time, especially for the other party in this boy verses girls show of power…their mom. I’m sure that there were many 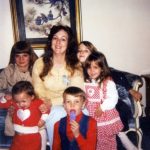 times Cheryl wanted to send them all to their rooms, but there were likely just as many times that the antics brought great bouts laughter in the house, because lets face it, the antics of kids can be very funny.

I think that the antics Rob pulled as a kid have never really left him, because his own son seems to have had some inherited many of his dad’s abilities…or maybe, it’s just a boy thing. Whatever it is, sisters have “suffered” the consequences of it for generations. Still, eventually those boys grow up to be men, and I think that sometimes the ones who picked on their sisters the most and pulled the most pranks, make the best dads. Today is Rob’s birthday. Happy birthday Rob!! Have a great day!! We love you!!

One Response to Laughter In The House