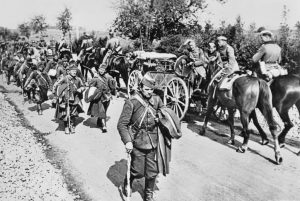 Almost immediately after he gained power in Germany, Adolph Hitler began making plans to control the world. He never was and never would be happy with just being the dictator of Germany. By May of 1940, Hitler had a plan in place to seize control. On 10 May 1940, Germany invaded Luxembourg, the Netherlands, and Belgium under the operational plan Fall Gelb, or Case Yellow. The Battle of Belgium or Belgian Campaign, often referred to within Belgium as the 18 Days’ Campaign. The Allied armies tried to halt the German Army in Belgium, thinking it to be the main German thrust. After the French had fully committed the best of the Allied armies to Belgium between 10 and 12 May, the Germans enacted the second phase of their operation. It was an unexpected move, and since the Allies were unprepared, the Germans advanced toward the English Channel. The German Army reached the Channel after five days, encircling the Allied armies. The Germans gradually reduced the pocket of Allied forces, forcing them 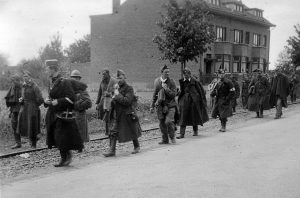 back to the sea. The Belgian Army surrendered on 28 May 1940, ending the Battle of Belgium.

Strangely, the official German historic account stated that in the 18 days of bitter fighting, the Belgian Army 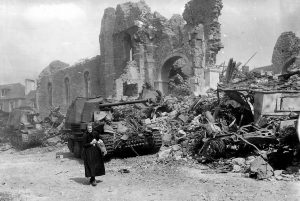 were tough opponents, and spoke of the “extraordinary bravery” of its soldiers. That surprises me, because the Germans hated to appear weaker than their opponents. Nevertheless, in the end, the Belgium forces were no match for the Germans, and the Belgian collapse forced the Allied withdrawal from continental Europe. The British Royal Navy were forced to evacuate Belgian ports during Operation Dynamo, allowing the British Expeditionary Force, along with many Belgian and French soldiers, to escape capture and continue military operations. France reached its own armistice with Germany in June 1940. Belgium continued to be occupied by the Germans until the autumn of 1944, when it was finally liberated by the Western Allies.