Because Of The Weather 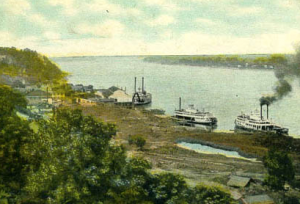 In the year 1840, there was no such thing as the Fujita Scale, so when Natchez, Mississippi was hit by an F4 or F5 tornado on May 7, 1840, nobody knew its exact size, just that it was big…very big. Natchez in 1840 was a typical southern river town, reminiscent of the pre-Civil War days of slave labor and plantation wealth. Many people believed that nothing in their little part of the world could possibly change, and certainly not because of the weather. This was the context into which this tornado was about to enter…screaming violently.

May 7th started out hot and muggy, with overcast skies. The clouds were thick and most of that morning they produced continual rumblings of thunder. One resident recalled that the temperatures were in the mid-60s. Nothing about the day led anyone to believe that they were in eminent danger. And of course, at that time, there were no warning sirens, so the day dragged lazily along. At about 2 pm, the sky darkened so much that candles were needed to finish the mid-day meal that many were eating. The tornado touched down about 20 miles southwest of Natchez and moved in a northeasterly direction. It is believed that the tornado was rain-wrapped, because residence described it as “black masses, some stationary and some whirling” but the storm caused “no particular alarm” amongst the residents of Natchez. Most of the residents who weren’t eating dinner, were working down by the river. Dr Henry Tooley noted that the barometer began to fall rapidly, followed by the rain and then the tornado. 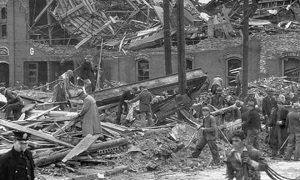 At about 2:10 pm the tornado screamed into Natchez. It lasted about three to five minutes, but the storm itself lasted about 30 minutes before it blew itself out of town. The damage path was about 10 miles long, and was estimated to be between one and two miles wide. For a time, it followed the Mississippi River hitting the southern and eastern edges of the town of Vidalia. Then the tornado crossed the river and continued on into Natchez. The town of Natchez was virtually wiped of the map, and the people on boats on the river were in serious trouble. Most of the boats on the river were flatboats, which were large rafts that carried goods on one-way trips down to New Orleans to be sold. Of the 120 flatboats docked at Natchez, 116 of them sunk. The unofficial estimated death toll was that as many as 200 people drowned after being tossed from their flatboats. It was said that “during the tornado the water rose between 10 and 15 feet, and that the water was whipped to such an extent where even a experienced swimmer could not sustain themselves on the surface.” There were also steamers one of which, The Prairie was ironically filled with a cargo of lead at the time. It sunk, of course. The steamer Hinds was badly damaged but did not sink. Its lifeless remains floated down the river to Baton Rouge where 51 bodies were found aboard.

It was really hard to establish an accurate death count, because most of the people on the river in Natchez 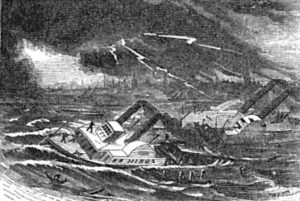 were not from Natchez. Most of the bodies that were found…those which were not lost after they floated out to sea…were unable to be identified because no-one knew who they were or where they came from. Lloyd’s Steamboat Disasters lists the number of lives lost that day at around 4004. In reality, this number was likely way off. This was a significant tornado, however damage also occurred above the river, in Natchez itself. The death toll may have also been skewed because in those days, the slaves were not always counted in census or death tolls. Either way, the Natchez tornado of 1840 ranks as the second most deadly tornado in US history, behind the Tri-State Tornado of 1925.

One Response to Because Of The Weather