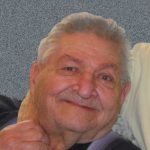 My uncle, Bill Beadle spent much of his working life in the pipe yards. Later, he owned his own rathole drilling business with his sons, Forrest and Steve by his side. While Uncle Bill was a great machinist and general all around mechanic, he really loved fishing and bird hunting in the Worland area with his son, Steve. I’m sure that was also why Uncle Bill was content, in his later years to be living with Steve, his wife, Wanda, and their family. I can imagine they spent a lot pf time talking about their fishing trips, and walking the fields hunting for Pheasant and Chukars. Uncle Bill liked hunting them, because it was so exciting to walk the fields waiting for that unexpected bird to fly up out of nowhere. The hunter had just seconds to respond, and would be successful, only if he was a great hunter.

Uncle Bill always felt an obligation to try to keep the nephews on the right track, and if they had problems, or it looked like they were heading in the wrong direction, he was sit down with them and after talking to them a while, he could have them turned around and back in line. It was this aspect of Uncle Bill’s personality that endeared him to my cousin, Elmer. Uncle Bill, like many men enjoyed his pipe, for quite a few years, and his chew. That prompted Forrest and Elmer to think that chew was very cool. They got into a big block of chew when they were kids, and didn’t know not to swallow it. So when they were chewing it, they swallowed it, causing them both to turn about three shades of green. While the memory of it makes Elmer cringe, he had no desire to chew tobacco. 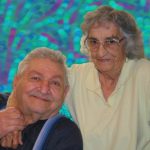 Uncle Bill was a great guy. He always had a way of making the kids laugh. There was always a mischievous twinkle in his eye, and plenty of mischief behind his smile. He loved to tease the kids, and all the kids loved it. Then he would laugh with his infectious laugh, and we all had a thoroughly great time. Uncle Bill was really not serious very much, at least not around most kids. That just wasn’t in his nature, at least not unless the kid was headed for trouble. Then the mood changed right away. He wasn’t mean, just matter of fact, and when all was said and done, the kid knew the right way to go. Uncle Bill was an interesting character, and we loved him. Today would have been Uncle Bill’s 90th birthday. Happy birthday in Heaven, Uncle Bill. We love and miss you very much.