I’ll Always Be There 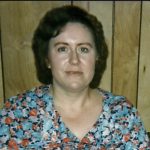 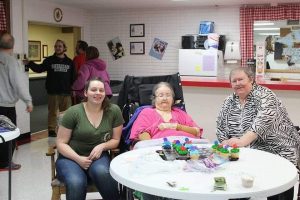 My husband’s aunt, Margee Kountz is the kind of person that you can always count on. When people need help, she will do everything in her power to help them. Margee has always been a hands-on grandma. While her kids worked, she was there to pick up the grandkids from school, and when her daughter-in-law had cancer, and then passed away, she stepped up to help her son Dan raise his two children, Zech and Stasi. I remember those years well. Her sweet little grandchildren were just 4 and 2 years old, and they didn’t know what was going on. Their mommy was gone and their daddy was very sad. Their grandma became their rock. Stability is a time of chaos. Her sacrifice is something none of them will ever forget. They always knew that she would always be there for them. She was also there for her daughter’s children, Brian Kountz, Nathan Avey, and Destreyia Cannon. They spent lots of time at her house, and she picked them up from school and took them to things they needed to go to. They all love her dearly.

When my mother-in-law, Margee’s sister, Joann Schulenberg developed Alzheimer’s Disease, Margee was there to sit with her when we needed to take my father-in-law, Walt to the doctor or other appointment. We always knew that she would be there for us. The=at period of time was so important, because while her memory was failing her, it was so important to have her family around to help her hold on to the memories she could. Margee talked with her about the old days from their childhood, and about their parents and grandparents. Those memories and the talks that kept them going, were a gift that Margee gave to her sister, and they were a treasure to me, because I knew how much they meant to my mother-in-law. Truly the worst thing a family member can do to a patient with Alzheimer’s Disease, is to simply remember them they way they used to be, and never go to see them. It doesn’t matter if they remember that people came to visit, because that person knows, and the patient knew at the time of the visit. Kindness doesn’t get more perfect than that, and Margee visited her sister as often as she possibly could. We knew she was always there for her sister…even when it was difficult for her to get there. We knew. 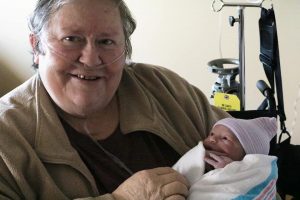 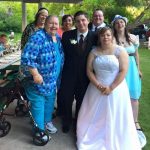 One of the coolest moments of her life was when she became a great grandmother to Destreyia’s little Brody Thomas Overby on March 8, 2017. Margee loves being a grandma, and now a whole new generation of babies was starting to arrive. The future looks very bright indeed, and Margee will always be there for these new little ones too. Today is Margee’s 70th birthday. Happy birthday Margee!! Have a great day!! We love you!!