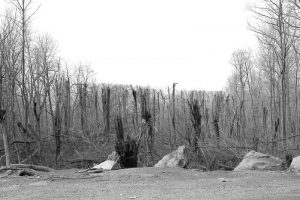 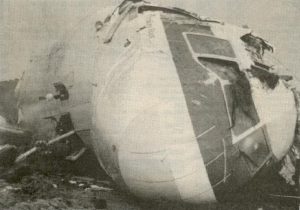 Recently, I became interested is unusual military bases, after coming across on called RAF Rudloe Manor…an English military base that looked, and in fact was an old English manor. Another military base, this one in the United States, in Virginia, near Dulles International Airport, has now come to my attention, but for multiple reasons. Mount Weather Emergency Operations Center is a civilian command facility in the US Commonwealth of Virginia, used as the center of operations for the Federal Emergency Management Agency (FEMA). Also known as the High Point Special Facility (HPSF), its preferred designation since 1991 is “SF”.

Mount Weather Emergency Operations Center gained some “fame” for a completely different reason in 1974. December 1, 1974 was a windy, stormy day in the Washington DC area. Trans World Airlines Flight 514 was en route from Indianapolis, Indiana, and Columbus, Ohio, to Washington Dulles International Airport, but was originally supposed to land at Washington National Airport. The Boeing 727-231, registration N54328, was diverted to Dulles when high crosswinds, east at 32 mph and gusting to 56 mph, prevented safe operations on the main north-south runway at Washington National. The flight was being vectored for a non-precision instrument approach to runway 12 at Dulles. Air traffic controllers cleared the flight down to 7,000 feet before clearing them for the approach while not on a published segment. At this point, there was some confusion in the cockpit over whether they were still under a radar-controlled approach segment which would allow them to descend safely, or not. The jetliner began a descent to 1,800 feet, shown on the first checkpoint for the published approach. After reaching 1,800 feet there were some 100 to 200 foot altitude deviations which the flight crew discussed as encountering heavy downdrafts and reduced visibility in snow. Nevertheless, their tower controlled approach had ended.

In the stormy conditions, late on that Sunday morning, the aircraft was in controlled flight, when it impacted a low mountain about thirty miles northwest of its revised destination. That mountain was Mount Weather, Virginia, where the Mount Weather Emergency Operations Center was located. The plane impacted the west slope of Mount Weather at 1,670 feet above sea level at approximately 265 mph. The wreckage was contained within an area about 900 by 200 feet. The evidence of first impact were trees sheared off about 70 feet above the ground…the elevation at the base of the trees was 1,650 feet. All 92 aboard, 85 passengers and seven crew members, were killed. “The wreckage path was oriented along a line 118 degrees magnetic. Calculations indicated that the left wing went down about six degrees as the aircraft passed through the trees and the aircraft was descending at an angle of about one degree. After about five hundred feet of travel through the trees, it struck a rock outcropping at an elevation of about 1,675 feet. Numerous heavy components of the aircraft were thrown forward of the outcropping, and numerous intense post-impact fires broke out which were later extinguished. The mountain’s summit is at 1,754 feet above sea level.”

“The accident investigation board was split in its decision as to whether the flight crew or Air Traffic Control were responsible. The majority absolved the controllers as the plane was not on a published approach segment; the dissenting opinion was that the flight had been radar vectored. Terminology between pilots and controllers differed without either group being aware of the discrepancy. It was common practice at the time for controllers to release a flight to its own navigation with “Cleared for the approach,” and flight crews commonly believed that was also authorization to descend to the altitude at which the final segment of the approach began. No clear indication had been given by controllers to Flight 514 that they were no longer on a radar vector segment and therefore responsible for their own navigation. Procedures were clarified after this accident. Controllers now state, “Maintain (specified altitude) until established on a portion of the approach,” and pilots now understand that previously assigned altitudes prevail until an altitude change is authorized on the published approach segment the aircraft is currently flying. Ground proximity detection equipment was also mandated for the airlines.”

During the NTSB investigation, it was discovered that a United Airlines flight had very narrowly escaped the same fate during the same approach and at the same location only six weeks prior. Apparently, the problem was bigger than it was first thought to be. The crash is also noteworthy, because of the accident location. The undesired attention to the Mount Weather facility, became the unfortunate side effect, because the site was the linchpin of plans implemented by the federal government to ensure continuity in the event of a nuclear war. 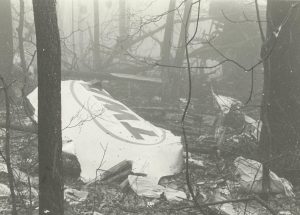 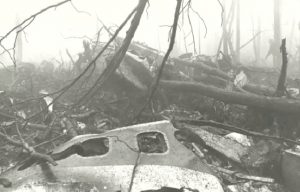 The crash did not damage the facility, since most of its features were underground. Only its underground main phone line was severed, with service to the complex being restored by C&P Telephone within 2½ hours after the crash. Nevertheless, the crash brought to light the possibility of damage to an important facility by a plane crash, which was a distinct possibility due to the flight path of planes landing at Dulles International Airport.

One Response to Flight Path