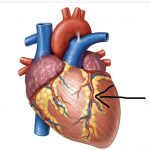 As a Christian, I can tell you that I believe in miracles. Nevertheless, I am still trying to wrap my mind around the awesomeness of God. Seriously, can any of us really wrap our mind around that? I think that the mind boggling, realization of the always loving God we serve is, never more prominent than when he reaches down, in our worst moment, and lifts us up, dries our eyes, and gives us instant peace.

That moment came for me on Sunday afternoon, October 14, 2018, in the Walmart parking lot on the east side of Casper, Wyoming at 4:45pm. Some things you never forget, although I might be a few minutes off on the exact time. My husband, Bob Schulenberg and I had just finished buying groceries, and had loaded them in the car. Bob took the cart back to the cart station, and I opened the car and started it. Then, I looked at my phone, because Bob is a very social man, and almost always finds someone to talk to, no matter where we are.

I then heard a man, I now know to be Sean Pesicka-Taggart saying, “Sir…Sir?” I looked back and saw him kneeling near the back of my car, but there was a pickup right behind me, and it appeared that they were talking, so I did not get out of my car. The pickup, that I now know was driven by a Wyoming Medical Center, Progressive Care Unit, cardiac care nurse…Ginger Sims, pulled around the corner very quickly, and I thought she must be mad. Before I had time to contemplate that thought, a man knocked on my window and asked, “Do you know this guy?” It occurred to me that “this guy” must be Bob, so I jumped out of my car and went to the back of the car. The scene that met me there was…horrifying!! There lay Bob, blood flowing from his head where he had hit the pavement. While that would have been enough to bring fear to my heart, one look at his face told an even worse story. His eyes were blank and his skin had started turning blue. It looked as if he was dead, and that was my first thought…”I’m going to lose him right here!!” Then, I jolted my mind back to fight mode, and got down next to him and began talking to him.

At this point, nurse Ginger was behind him with her stethoscope…who has their stethoscope when they are off duty?? Thankfully Ginger does. Because she didn’t see him fall, she thought he had been hit by a car. She asked him to take a deep breath and when he didn’t respond, she asked if he could hear her, while checking for a pulse. Upon finding no pulse, she immediately got him on his back and began CPR. Working alone for a while, a WMC transport worker, Laura Lance spelled her doing CPR. Then, Wyoming Medical Center, surgical nurse…Val Boycheva, who was a friend of Ginger’s came on the scene and they worked together. When they heard me say Bob’s name, they asked if I knew him. When I said that he was my husband, they asked me to do rescue breathing. I did it…with instruction. I don’t think I could have done it without them telling me what to do…I was far too shook up to think straight.

As the CPR was going on, Sean was on the phone getting an ambulance, and Ginger had already told her son to push the OnStar button to give the ambulance driver the exact location. When the ambulance arrived, they took over, and the police officer, also at the scene asked who I was. When I said I was his wife, he had me come over and give him some information. While doing that, the ambulance crew hooked Bob up to the Lucas Compression Devise, and when I turned around, it was engaged. If you have never seen the Lucas Compression Devise in action, all I can say is that it is a shock to watch…especially when it is on your loved one. The devise gives perfectly orchestrated compressions, so the ambulance crew can focus on other tasks. To the untrained spectator, it looks like those compressions are going from chest to pavement!! You can imagine breaking ribs and smashed organs, but in reality, while the ribs are cracked, the heart is simply given the right amount of compression to help sustain life. Bob was quickly prepared for the ride in the ambulance to the hospital where he received the best care available.

It was at this moment that Casper Fire Department firefighter, Jerod Levin, who is a friend of Bob’s from his time as Fire Department Mechanic for the City of Casper, saw me. He knew me as well, and immediately came to me and gave me the big hug that I desperately needed at that exact moment. For all firefighters…never underestimate the value of your hugs at an emergency medical scene. When the ambulance leaves with the love one, that person is left with serious emotions and doubts. Your hugs and encouraging words mean more than you will ever know. No matter what the outcome, those hugs and words of encouragement are vital. Jerod asked me if I wanted to ride in the ambulance, and I said that I did. He got me in, even holding my purse while I stepped in, then helped me get buckled, asked if he could call anyone for me, and if I wanted him to bring my car to the hospital. Talk about going above and beyond!! While en route to the hospital, Bob’s heart had to be shocked once, and when we arrived he was in full arrest. I didn’t know it at the time, but that almost always means bad news.

Bob was treated so quickly that it was almost shocking. He was taken for a CT scan of his head wound, and while there, the Cath Lab became available. He was taken directly up there, where he was met by two techs that he knew, because he has worked on their cars. Jon Cooke and Sam Cann made him feel comfortable and safe during the procedure. They determined where the blockage was, at which time they realized that he was going to survive the Widowmaker Heart Attack. A stent was placed and from the time he fell to the time the treatment was over was two hours. Two hours!! That is an amazingly short amount of time.

Unbeknownst to me, there was at least one person who saw what was going on and called her dad to have him pray with her over the man who fell in the Walmart parking lot. When I called my boss, Jim Stengel, he felt led to call his prayer partners, Donna and “Page” LePage to pray with them. The girl, Chelsea Kessler, who was with her husband Zachary, who called her dad was Page’s daughter, and they were praying as Donna and Jim prayed. It is my belief that nothing happens by chance in this world. God is always involved, and if people listen, they can find themselves in just the right place to be part of a miracle. The two nurses almost never shop at Walmart, and yet both were there on that day at that time. The young man who saw my husband fall immediately 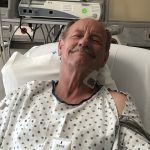 thought that if it were his grandfather, he would want someone to help him, so he acted. Each of these people acted in a way that put them becoming God’s hands on this earth. Bob had angels watching over him, and a family who pray for him all the time. When he had a need, God was there to meet the need, and His people, who hear His voice, did what He told them to do, and in the end they were a part of a miracle. In just under two days, Bob was released from the hospital, and his life goes on. Then I found out at church that another church member, Lori Desanti was also praying. Every prayer, and every player in this was necessary, and I want to thank each and every one of those people who helped us. We can never repay your kindness. And I give all praise to our Awesome God!!

10 Responses to Surviving The Widowmaker