The Apple Of Their Eyes 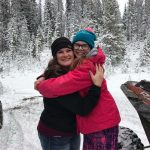 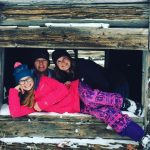 My grand-niece, Jaydn Mortensen is a sweet girl with a great sense of humor. She loves her parents, Amanda Reed and Sean Mortensen, and they dearly love her. You don’t often see such a good relationship between parents and child, but somehow they have mastered it with Jaydn. They go camping together, boating together, skiing together, and snowmobiling together. And they play together and joke together. Jaydn has grown up doing these things and being the apple of her parents’ eye.

Early on in her life, Jaydn fell in love with horses, and they with her. She learned to ride and to compete. She has won competitions, and she is a great equestrian. With each passing year, she gets better and better. Riding has become something that is ingrained in Jaydn. She will probably always love it, because it is in her blood now…in her DNA. It will most likely always be a part of who she is. It wouldn’t surprise me to she Jaydn live on a ranch in her adult life, because I don’t think she would want to be very far from her precious horses.

While horses are in Jaydn’s blood, they aren’t everything that Jaydn is. Jaydn is well able to ride motorcycles, four wheelers and snowmobiles. It would seem that Jaydn is a multi-talented girl. She not only can ride a multitude of vehicles, but she is good at it. Jaydn’s parents are very active people. They are very social people, 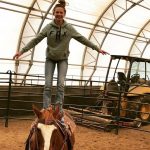 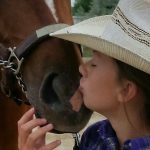 and they take her everywhere with them and their friends, allowing her to participate with adults who like to do the same things she does. She has learned from a variety of teachers. I don’t know if they specifically taught her, but she watched them…learned from them. And she had a great time learning. She became a social person and learned that from her parents and their friends, and so Jaydn, who seemed to me a quiet girl, might be somewhat quiet, but she is in no way shy, but just the kind of person you want to be around. Today is Jaydn’s 14th birthday. Happy birthday Jaydn!! We love you!!