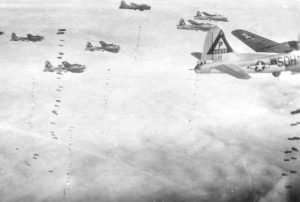 When a mistake is made in the air, it usually results in a disaster. Air disasters often involve the pilot, a mechanic, or an old part. Of course, some of the worst disasters were caused when an air traffic controller sent two planes to the same place at the same altitude. The resulting mid-air collision killed everyone on board. Mistakes are never good, but in the air they are especially devastating. 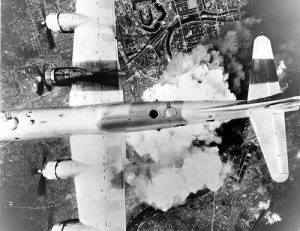 The strange thing is that sometimes, a would be disaster ends up becoming one of the greatest miracles. Such was the case during World War II. The Americans planed a bombing run, and it was going to be a big bombing run. The orders had been issued. The problem…one squadron accidentally showed up thousands of feet lower down than the other one. In many cases, this would not have bee such a big problem, but both squadrons ended up a the drop site at the same time. The scheduled bombing began, and no one would really realize what was about to happen until it was too late.

Neither of the squadrons saw each other, until the bombs had been dropped. Miraculously, none of the lower planes were hit by the higher planes. It was a miracle of epic proportions. In addition, the Germans thought 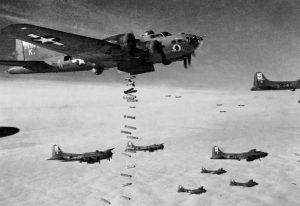 that the Allies had come up with an ingenious bombing strategy to bomb an area twice as much. After that bombing event, the Germans were scared that the Allies had this level of skill. It seemed completely impossible that they could plan a bomb run in which the lower planes flew in sync enough to allow the upper planes to drop their bombs in between the lower planes, while the lower planes were also dropping their bombs. It was impossible, and yet it happened. The impossible was achieved without one bit of planning. There is simply no other word for it. It was a miracle. God took a potential disaster and turned it into one of the greatest feats of warfare.