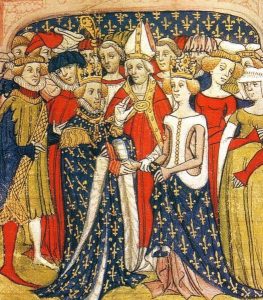 Most people think that English came from England, and of course, it did, however, in England prior to the 19th century, the English language was not spoken by the aristocracy, but rather only by “commoners.” Back then, English used to belong to the people, and I suppose that might explain some of the “incorrect” uses of the language which have been so severely attacked by contemporary English speakers. Prior to the 19th century, the aristocracy in English courts spoke French. This was due to the Norman Invasion of 1066 and caused years of division between the “gentlemen” who had adopted the Anglo-Norman French and those who only spoke English. Even the famed King Richard the Lionheart was actually primarily referred to in French, as Richard “Coeur de Lion.”

In my opinion, this dual language society would have caused numerous problems. The indication I get is that neither side could speak the language of the other, but I don’t know how a monarchy could rule, if the “commoners” could not understand the language and therefore the orders of the monarchy. French was spoken and learned by anyone in the upper 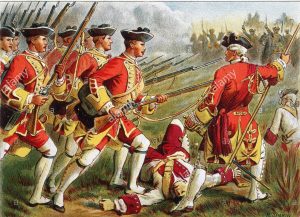 classes. However, it became less useful as English lost its control of various places in France, where the peasants spoke French, too. After that…about, 1450…English was simply more useful for talking to anybody. It is still true that British royals and many nobles are fluent in French, but they only use it to talk to French people, just like everybody else. 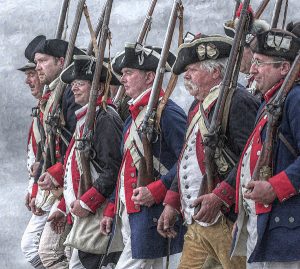 by region, as we have seen with the accents of the south and east in the United States, but the “BBC English” or public school English accent…which sounds like the James Bond movies…didn’t come about until the 19th century and was originally adopted by people who wanted to sound fancier. I suppose it was like the aristocracy and the commoners, in that one group didn’t want to be mistaken for the other. After being handily defeated by the American colonists, I’m sure that the British were looking for a way to seem superior, even in defeat. The change in the accent of the English language was sufficient to make that distinction. Maybe it was their way of saying that they were better than the American guerilla-type soldiers who beat them in combat…basically they might have lost, but they were superior…even if it was only in how they sounded.

One Response to Fancier