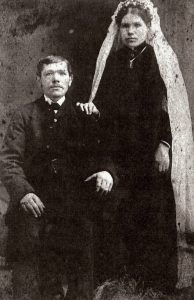 My great grandparents, Henriette and Carl Schumacher were both of German descent. They both came to America at different times…Grandma in 1882 and Grandpa in 1884. They met at a baptism and fell in love. They were married, and had 7 children, one of whom died as a little girl. They were just two of the many German people who have come to this country as far back as the colonial days. Of course, there were many German people who came here before my great grandparents. One of the most notable groups was the 13 German Mennonite families from Krefeld who landed in Philadelphia. These families founded Germantown, Pennsylvania on October 6, 1683. The settlement was the first German establishment in the original thirteen American colonies.

There are many people in the United States who can trace their ancestry back to German roots in one way or another, and the German-American people have been a building block in this nation. These were people who wanted to come here for a better 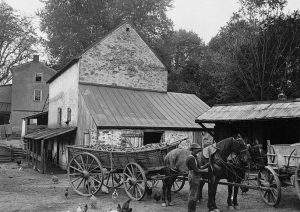 life, or to escape some of the horrors of the German government, and I for one am thankful that my grandparents immigrated to this country. President Ronald Reagan believed that the German-American heritage was so important to this nation, that in 1983, he proclaimed October 6 as German-American Day to celebrate and honor the 300th anniversary of German American immigration and culture to the United States. On August 6, 1987, Congress approved S.J. Resolution 108, designating October 6, 1987, as German-American Day. It became Public Law 100-104 when President Reagan signed it on August 18, 1987. Proclamation number 5719 was issued on October 2, 1987, by President Reagan in a formal ceremony in the White House Rose Garden, at which time the President called on Americans to observe the Day with appropriate ceremonies and activities. Now for many people, that might include German beer, as well as Oktoberfest activities…basically a party. 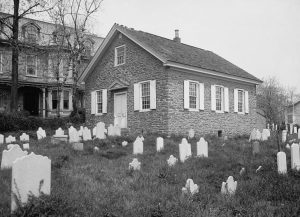 The Germantown, Pennsylvania, settlers organized the first petition in the English colonies to abolish slavery in 1688. Originally known as German Day, the holiday was celebrated for the first time in Philadelphia in 1883, on the occasion of the 200th anniversary of the arrival of the settlers from Krefeld. Similar celebrations developed later in other parts of the country, but the custom died out during World War I as a result of the anti-German sentiment that prevailed at the time. Then, in 1983, President Reagan decided that the time had come to reinstate it. I think it’s a good thing, because those German people who left Germany, were not like the German government was. They were truly good people, who were good for this nation.