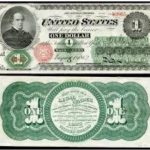 During the Civil War, money was made out of silver and gold. People would not have trusted any other form of money, but having enough silver and gold to make that money wasn’t always easy. The Northern states needed money, and they knew they had to make it, but Congress and others were concerned for the economy. If the government made money without silver or gold to back it, wouldn’t it eventually doom the economy? Most of us would call that counterfeit money, and yet our government is still doing this at times, more than we want to think about. Nevertheless, if you are part of the government, or even just someone who understands how such money can effect the economy, you might very likely be against something like the Legal Tender Act that was passed by the US Congress on this day, February 25, 1862.

This was a huge step. Prior to this time, the money was real money. It needed no proof that its value was real, 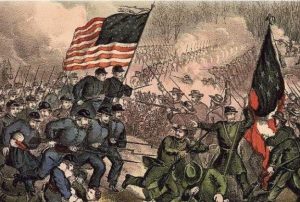 the people using it could see that for themselves. The United States didn’t have money that was basically an I.O.U. before that time. The problem was that they also had a war going on that cost a lot of money, and with people fighting the war, there were a lot less people to go out and look for gold and mine silver. It was a big problem, but the Civil War was extremely costly, and it had to be financed. The government had to face the fact that the supply of gold and silver was depleted. The Legal Tender Act was not a decision they came to lightly. They discussed every other option, including bonds. Once they settled on paper money, the Union government printed 150 million dollars in paper money…called greenbacks. The Confederate government had been printing money since the beginning of the war, which proved to be folly in the end, but I guess if the south had won, it would have gone the other way. Nevertheless, the bankers and financial experts predicted doom immediately, and many legislators worried that the money might collapse the infrastructure. 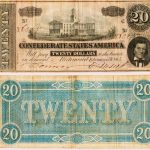 The greenbacks did not sink the economy. In fact, they worked very well. The government was able to pay its bills and, by increasing the money in circulation, the Northern economy actually improved. The greenbacks were legal tender, which meant that creditors had to accept them at face value. Life went on, but there were repercussions from the new money. In 1862, Congress was forced to pass an income tax and steep excise taxes, designed to cool the inflationary pressures created by the greenbacks. In 1863, another legal tender act was passed, and by the war’s end nearly half a billion dollars in greenbacks had been issued. The Legal Tender Act laid the foundation for the creation of a permanent currency in the decades after the Civil War.