The Color Of Money 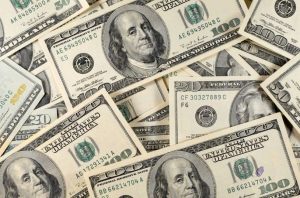 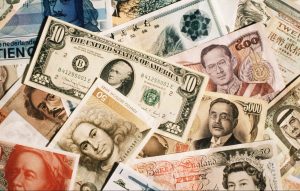 Have you ever wondered why US money is green…or mostly green, while the money of so many other countries is very colorful? How did paper money come about anyway? Actually, paper money has been around in the United States since the beginning, off and on anyway. Printing paper money has been a controversial practice over the years. In 1861, as a means of financing the American Civil War, the federal government began issuing paper money for the first time since the Continental Congress printed currency to help pay for the Revolutionary War. The earlier form of paper dollars, dubbed continentals, were produced in such high volume that they soon lost much of their value. Devaluing our money has been a long standing problem with paper money. It’s simply too easy to print more money than we have gold to back.

In the decades before the Civil War, private, state chartered banks printed the paper money. Not surprisingly, this resulted in a wide variety of denominations and designs. Apparently, there was no real decision on how this should look. I guess they weren’t really worried about counterfeiting at that time. The bills that came out in the 1860s became known as greenbacks, because their backsides were printed in green ink. This ink was used as an anti-counterfeiting measure used to prevent photographic knockoffs, since the cameras of the time could only take pictures in black and white. I guess that counterfeiting had become a problem in the earlier years after all. And as we all know, the new scanners continue to improve the possibility of counterfeiting, making watermarks and security strips necessary too. And they have also added color to the money these days.

In 1929, the federal government decided that the paper money was too expensive to print, so in an effort to cut costs, they shrunk the size of all paper money. At the same time, they standardized the designs for each denomination, which made it easier for people to tell the difference between real and counterfeit bills. The new, more compact bills continued to be printed in green ink, because according to the US Bureau of Printing and Engraving, the ink was readily available and durable. They also thought that the color green represented stability. Today, there is some $1.2 trillion in coins and paper money in circulation in America. It costs about 5 cents to produce every $1 bill and around 13 cents to make a $100 bill, the highest denomination currently in 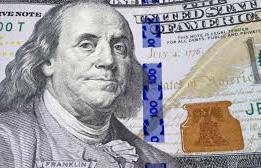 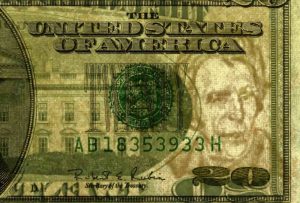 circulation. Don’t ask me why the difference, I would have expected them to be pretty much the same cost to manufacture. The estimated life span of a $1 bill is close to six years, while a $100 bill typically lasts 15 years, which makes sense to me, because we don’t use the $100 bill nearly as much. The $50 bill has the shortest average life span, at 3.7 years, and I would have expected the shortest lifespan to be the $1 bill, because we us those all the time.