My Uncle Jim Richards has lead quite a life. After his dad passed away, when he was just eight years old, Uncle Jim took it upon himself to become the man of the house. In many ways, that decision was the beginning of many years of taking care of other people. Uncle Jim worked hard in school, and the people in his class and even some of the other classes really looked up to him. You could always count on Jim Richards. In fact there were a number of classmates who felt like they owed their life to Jim Richards. One boy, driving drunk, followed Jim home, and that was truly the only way he made it home. Of course, Uncle Jim didn’t know that, because he would have taken the boy home, if he had known. People knew that Uncle Jim was not driving drunk, because he set a standard of behavior at his high school in Bassett, Nebraska. He was also a track star there, having set records in hurdles, and several other sports. Uncle Jim would have made his dad very proud of the man he grew up to be. I don’t know if that thought occurred to him or not, but he would have accomplished that feat anyway. I’m sure that there were many times that Uncle Jim thought of his dad over the years, and what his dad would have done in a situation. I’m sure he did what he thought would make his dad, and his mom proud. Uncle Jim’s dad was a hard working man, working for the railroad for a number of years. I’m sure he instilled that same work ethic in his children. I know that his son Jim worked hard all his life, taking care of family members now and again, and helping out with his grandchildren, while his children worked.

Times have changed to a degree for Uncle Jim, and for his wife, my Aunt Dixie, because all of their grandchildren are in school all day now, or grown up. They need a lot less care. That can be a lonely time, but always the caregivers, Uncle Jim and Aunt Dixie, do anything that is needed, from picking up the kids at times, to dropping off payments while the kids are at work, and generally just being there for whatever they are needed for. I’m sure that at times, they get weary, at times they feel lonely, and at times they aren’t sure just 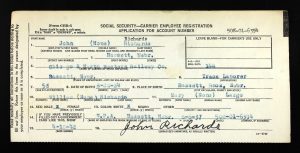 what their role in life is supposed to be. I know this, because in many ways that is how I feel. So much has changed over the years, and the things we were needed for then, we aren’t now. But, that in no way diminishes the value we have as a person. Uncle Jim and Aunt Dixie are as valuable to their family as they ever were, and in fact even more. As our parents grow older, we start to truly understand how precious they are, and that is exactly how Jeannie, Jim, and Raylynn and their families feel about Uncle Jim and Aunt Dixie. They are precious to them. Today is Uncle Jim’s birthday. Happy birthday Uncle Jim!! Have a great day!! We love you!!