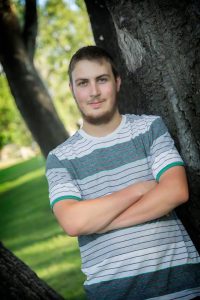 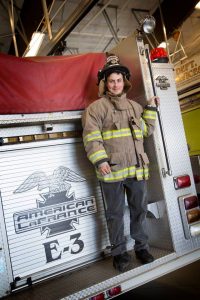 My youngest grandchild, Josh Petersen has a plan for his life. He decided a couple of years ago that he wanted to be a firefighter and EMT, and he began taking college classes through the Boces program, that allows high school students to take college classes while still in high school. Josh had been interested in becoming a fire fighter, but that interest became his dream after his grandpa, Bob Schulenberg arranged a visit to the Casper Fire Station 3. The fire fighters not only showed him around, but explained how things worked. Then they suggested that he take Fire Science at Casper College while he was still in high school. I don’t think he had any idea that he could take that kind of a class while still in high school, but he was excited…and hooked. Now, it’s all he thinks about. He loved the Fire Science class, and has continued to take college classes with his full focus on becoming a firefighter and EMT.

As part of the Fire Science program, Josh was required to volunteer as several events. Josh changed so much when he started these events and the Fire Science program. He was completely in his element. It was like watching him become a fire fighter…right before our very eyes. Josh thrived on the volunteer work too, so much so, in fact that this year, even though in isn’t in the class that requires him to volunteer, Josh went to that instructor, and told him he wanted to volunteer. His instructor was shocked. I guess no one had ever asked to do it again, but you just don’t turn a volunteer away, so Josh is volunteering again this year. He will 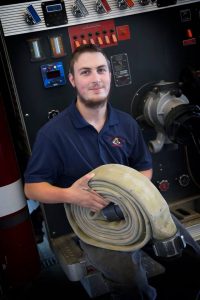 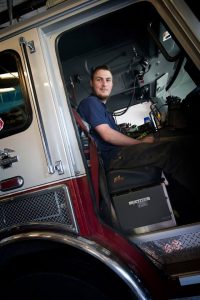 be helping at three events, a 5K run, the Platte River cleanup, and the Fire Station 3 open house. He is so excited to be back helping the fire fighters do the things they do…even if these things aren’t fire related this time.

Josh loves everything fire fighter related…so much so, that he decided that he wanted some of his senior pictures taken at the fire station. So, his grandpa called to make that arrangement too. Josh had such a good time having those pictures taken. It was like he could see into the future. He saw himself as a fire fighter…like it had already happened. Soon Josh…before you know it. Today is Josh’s 18th birthday. Happy birthday Josh!! Have a great day!! We love you!!

5 Responses to In His Element