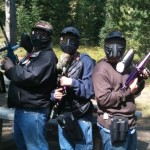 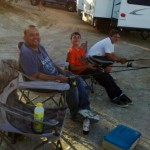 For some time now, my daughter Corrie Petersen, her husband, Kevin and their boys, Chris and Josh have loved camping. They camped on Casper Mountain, where the boys used to play paintball, and at Alcova Lake, where they liked to fish. The boys all love fishing, and while Corrie would rather take pictures, they find the lake to be a very relaxing place. This year, however, has been a little bit different for them. While they are still camping at the lake, fishing, taking pictures, and just enjoying the three day Memorial Day weekend, they are one short, because Chris moved to Sheridan, and couldn’t get off work to go along. That is what happens when kids graduate from college, and start their adult life and their career. Their priorities are different now. They have their own plans and dreams. 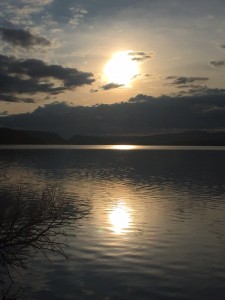 While they truly miss going camping with the family, that simply isn’t to be right now.

Corrie and Kevin are very proud of the accomplishments Chris has made, and of his job. Chris is a chef at the Open Range restaurant in the historic Sheridan Inn, in Sheridan, Wyoming. Chris loves his job, and he has made lots of friends in Sheridan. As graduation neared, he decided that for now at least, he wanted to stay in Sheridan, so the family is trying to reinvent their camping trips around the reality of being one short. They understand that Chris is not that far away really, because Sheridan is only about two hours from Casper, but when they are camping and he isn’t there, it might as well be a thousand miles away. Being one short is still being one short.

For Corrie and Kevin, this is the beginning of change. Before long, Josh will be through with college and on to his career too. The boys will marry and have families of their own, and the camping trips will again be reinvented to being two short. I hope they will still go out and do the things they love to do, and that on occasion one or both of the boys will join them and later, bring their families too, because the memories they will have of the whole family camping and fishing 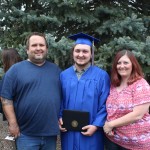 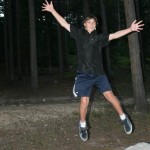 together will be priceless later on in their lives. I know, because I remember them from my childhood. For me the chances to go camping…or anywhere else with my parents are in the past. I would love to be able to go back in time for a little bit, to roast marshmallows over the campfire and sing campfire songs with the whole family. The memories are sweet, but they make me lonely for my parents too. I hope Chris and Josh will try to get together with their parents once in a while at the campground. They will never be sorry they did, because the memories will be with them forever.