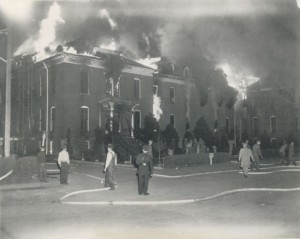 Much has been learned over the years about fire safety and about the things that can be extremely hazardous. Unfortunately, as with most things humans learn about, this information came at a price. Just before midnight on April 4, 1949, in Effingham, Illinois, at Saint Anthony’s Hospital, a fire broke out. I can’t imagine a worse place to have a fire, than a hospital or nursing home, because not everyone can just stand up and file out of the building in a safe and orderly fashion. In addition to that, there were not as many fire safety regulations in place back then. The resulting disaster caused the death of 74 people at the hospital.

This fire became the example of the special hazards that hospitals can present for a fire disaster, and it was that reason for the regulations to be updated. The safety of the patients was paramount, and something had to 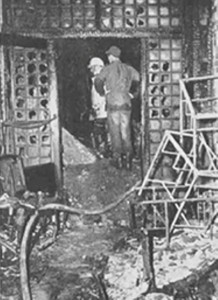 be done. The hospital was operated by the Sisters of Saint Francis, who lived at the convent next door to the hospital. The was constructed mainly out of wood and brick. It housed 100 beds. Parts of the building dated back to 1876. By 1949 the facility was completely outdated. It contained open corridors and staircases. Many walls and ceilings were covered with oilcloth fabrics and combustible soundproof tiles. The building lacked sprinklers, as well as fire detection and alarm systems. Because the hospital was built of wood and brick, and much of it was an open floor plan, there was little to stop the progression of the fire. The combustible building materials gave no resistance to the advancement of the flames.

At the time of the fire, there were 116 patients and ten staff members were on duty. Many of them were trapped on the upper floors when the fire engulfed the lower floors. This number included eleven newborn infants and the nurse who stayed behind with them. A total of 74 people died, including patients, nurses, nuns, a priest and Frank Ries, the hospital superintendent who ran into the flames to try to rescue his wife. The Effingham Volunteer Fire Department, with its 26 men and three pumpers were fighting a losing battle. They simply didn’t have the resources they needed to put out a fire of this magnitude. Eleven other fire departments 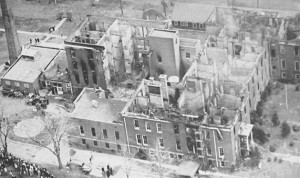 also responded. but little could be done.

The cause was never determined, but investigators found many safety issues with the building. Something had to change. In response to the fire, Governor Adlai Stevenson ordered the evaluation of all the hospitals in the state to identify and mitigate fire hazards. The impact of the fire went beyond Illinois as hospitals across the United States made many of the fire protection improvements that are standard today. It is sometimes a matter of live and learn in this life, but it is very sad that it takes something as tragic as this to look into the possible fire hazards that can quickly end a life.