The House At 7 Parker Street 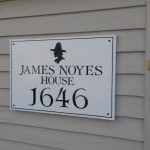 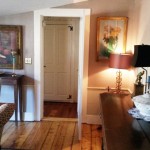 A while back, I wrote a story about a house in Massachusetts that was built by our ancestor, James Noyes, who is my husband, Bob’s 7th great grandfather. Almost immediately, a cousin of ours, Paul Noyes told me that he had been there many times, and yet another cousin, David Noyes had been invited inside and had pictures. Of course, this was exactly what I was hoping for, because I wanted to talk about the interior of the home, but could not find any pictures online. So, I want to thank David for these beautiful pictures, and Paul for forwarding them to me, so that I can tell a little about the inside of this grand old house. My husband, Bob was sure that the interior had probably been renovated several times since the 1646 date that the house was built, but other than what has been documented, there is no indication of a massive remodel. 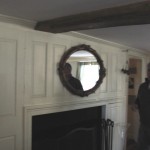 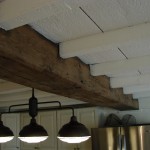 James Noyes, moved to and was co-founder of Newberry, Massachusetts in 1635, bringing with him, his wife Sarah Brown Noyes. Little was documented about where in Newbury they lived before the Noyes home was built in 1646, but the family grew by five children…Joseph, James, Sarah (who died at an unknown young age), Moses, and John. I would assume that their growing family was the reason for the large home to be built. Even with that, the home was not what we would consider large these days. The current home has five bedrooms, but it is my guess that the original probably had only three, a master bedroom for the parents, a bedroom for the boys, and a bedroom for the girls. The house was only one room deep in those years, and while it might have been somewhat small, I can only imagine what stories those walls would tell, if they could 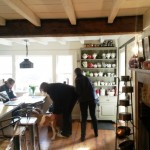 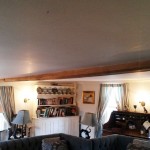 talk. My guess is that there would be stories of laughter, sadness, and crying as new babies joined the family. The family grew, with the additions of Thomas, Rebecca, William, and a second daughter named Sarah, after her mother and the first Sarah, who had passed away.

James and Sarah lived in the house for the remainder of their days, during which time the house saw children come into the family, and children marry and move away, returning now and again to share their children with their parents. Then on October 22, 1656, just seven months after his second daughter named Sarah, was born, James passed away. The house saw the sadness of a family in mourning for its patriarch. Sarah became the head of the family then, and so it remained until her passing on September 13, 1691. James and Sarah were blessed with at least 47 grandchildren…not all of whom lived very long unfortunately. Not much is said about 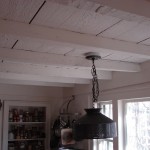 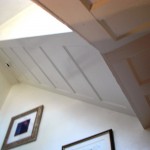 what the children did with the home after their mother’s passing, but while it has been home to a number of families over the many years since it was built, it remains an important historical home and is listed on the National Registry of Historic Places. There were some changes, which added size to the home making it a five bedroom home at this present time. The last time the home was sold was in 2010, and it is my assumption that it was the current owners who allowed our cousin David Noyes to have a tour and take the pictures I now have of this beautiful home.

One Response to The House At 7 Parker Street