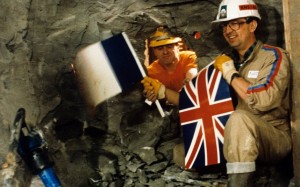 Since my dad was stationed in England during World War II, and because many of my ancestors come from England, I am interested in all things English. Of course, that doesn’t mean that I know everything about England, and I think it would be pretty difficult to do that with any country, including the country I live in…the United States. That said, I learned something about England today. England is an island nation as most people know, and that can make travel to mainland Europe difficult and expensive. Travel to Hawaii would be a good example of that, and Hawaii isn’t even it’s own nation. Nevertheless, most of us have to save up our money to make the trip to Hawaii.

So, what does that have to do with England, you might ask. Well…everything. While an alternate mode of transportation to get to Hawaii…other than ship or plane, is not feasible for Hawaii…for England, maybe it could be. As early as the days of Napoleon Bonaparte, in 1802, people were looking for a way to connect England to France. Nothing came of those early suggestions, because the necessary technology was not available until the 20th century. The proposal was that since England and France were no longer at war, they should permanently connect their countries by way of a tunnel. The Channel Tunnel, later dubbed the Chunnel runs from Folkestone, England to Calais, France. The tunnel is 31 miles across, but in total there are 95 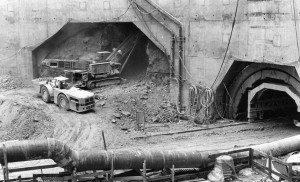 miles of tunnels. There are two railway tunnels, and a service tunnel. The work began on in 1986, and took four years to connect the two sides. Approximately 13,000 workers dug the 95 miles of tunnels at an average depth of 150 feet below sea level. Eight million cubic meters of soil were removed, at a rate of about 2,400 tons per hour. When it was finished, the Chunnel would have three interconnected tubes, including one rail track in each direction and one service tunnel. It cost $15 billion to complete.

Most of us don’t give much thought to tunnels, but when it comes to underwater tunnels…well, that is just different. Of course, we all know of the Holland Tunnel that connects New York and New Jersey, but that tunnel isn’t nearly as long as the Chunnel. The Holland Tunnel is a little over a mile and a half, which pales by comparison to the Chunnel’s 31 miles. On December 1, 1990, after four long years of work, the two sides of the Chunnel were connected. Workers exchanged French and British flags and toasted each other with champagne. It was a great day. The Channel Tunnel finally opened for passenger service on May 6, 1994, with Britain’s Queen Elizabeth II and France’s President Francois Mitterrand on hand in Calais for the inaugural run. A company called Eurotunnel won the 55 year contract to operate the Chunnel, which is the crucial stretch of the 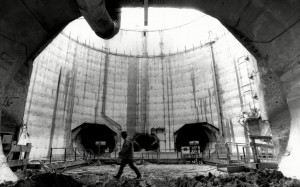 Eurostar high speed rail link between London and Paris. The regular shuttle train through the tunnel runs 31 miles in total, with 23 of those underwater and it takes 20 minutes, with an additional 15 minute loop to turn the train around. The Chunnel is the second-longest rail tunnel in the world, after the Seikan Tunnel in Japan.

Things like this fascinate me. I like the idea of something as unique as the Chunnel. I like the interesting fact that it is in England. And I like the fact that, the Chunnel is the longest underwater section, longest international tunnel, second-longest railway tunnel in the world. Some day, I hope to ride the train through that tunnel. Wouldn’t that be amazing?